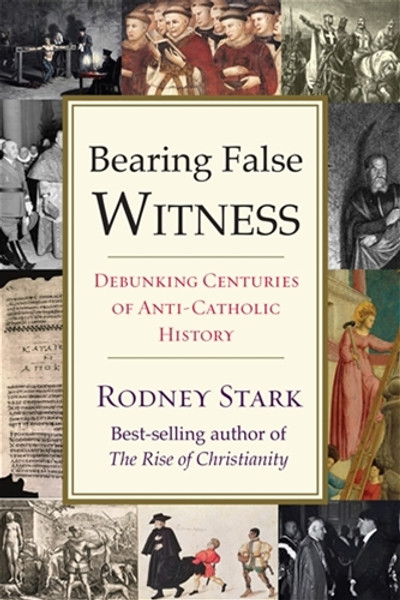 As we all know and as many of our well established textbooks have argued for decades, the Inquisition was one of the most frightening and bloody chapters in Western history, Pope Pius XII was anti-Semitic and rightfully called "Hitler's Pope," the Dark Ages were a stunting of the progress of knowledge to be redeemed only by the secular spirit of the Enlightenment, and the religious Crusades were an early example of the rapacious Western thirst for riches and power. But what if these long held beliefs were all wrong?

In this stunning, powerful, and ultimately persuasive book, Rodney Stark, one of the most highly regarded sociologists of religion and bestselling author of The Rise of Christianity (HarperSanFrancisco 1997) argues that some of our most firmly held ideas about history, ideas that paint the Catholic Church in the least positive light are, in fact, fiction. Why have we held these wrongheaded ideas so strongly and for so long? And if our beliefs are wrong, what, in fact, is the truth?

In each chapter, Stark takes on a well-established anti-Catholic myth, gives a fascinating history of how each myth became the conventional wisdom, and presents a startling picture of the real truth. For example,

In the end, readers will not only have a more accurate history of the Catholic Church, they will come to understand why it became unfairly maligned for so long. Bearing False Witness is a compelling and sobering account of how egotism and ideology often work together to give us a false truth.