Saint of the Immaculata 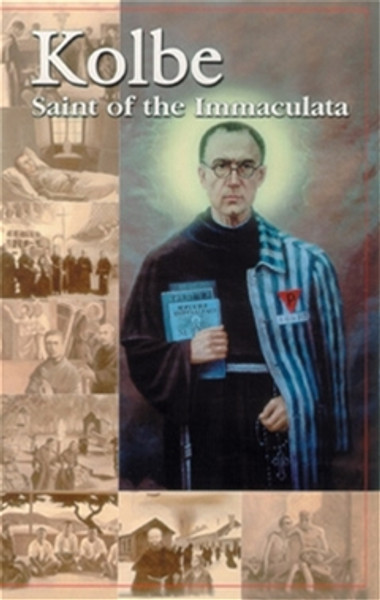 The most in-depth book yet on the life and work of the great modern martyr of charity and Marian Saint, Maximilian Kolbe, whom Pope John Paul II called "The Saint of our difficult century". Over ten authors, including foremost Mariologists Fr. Peter Fehlner, Fr. James McCurry, Fr. Jerzy Domanski, and Mark Miravalle have contributed insightful and inspiring chapters that plumb the depths of Kolbe's multi-faceted life, holiness and profound Marian spirituality.

This book explains the controversial misrepresentation of Kolbe as anti-Semitic, his insights and strong stand against Freemasonry, and his unique, powerful Marian teachings that have made him the "prophet of the Immaculata".

Missionary, theologian, writer, publisher, founder of Marytown, Marian mystic, and martyr of charity in Auschwitz, St. Maximilian Kolbe shines through the pages of this powerful book, and the reader will see why Kolbe will soon be regarded as one of the greatest saints in Church history, truly a man for all times. Illustrated with over 40 photos.