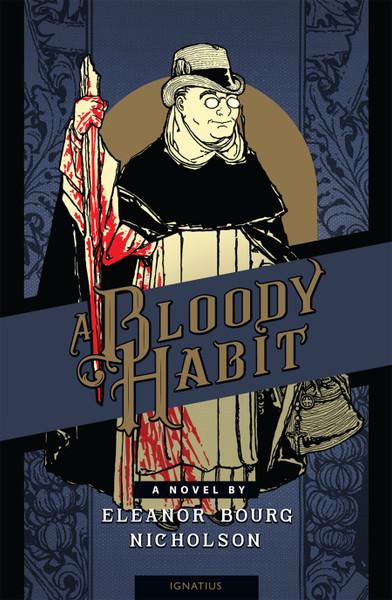 It is 1900, the dawn of a new century. Even as the old Queen's health fails, Victorian Britain stands monumental and strong upon a mountain of technological, scientific, and intellectual progress. For John Kemp, a straight-forward, unimaginative London lawyer, life seems reassuringly predictable yet forward-leaning, that is, until a foray into the recently published sensationalist novel Dracula, united with a chance meeting with an eccentric Dominican friar, catapults him into a bizarre, violent, and unsettling series of events.

As London is transfixed with terror at a bloody trail of murder and destruction, Kemp finds himself in its midst, besieged on all sides—in his friendships, as those close to him fall prey to vicious assault by an unknown assassin; in his deep attraction to an unconventional American heiress; and in his own professional respectability, for who can trust a lawyer who sees things which, by all sane reason, cannot exist? Can his mundane, sensible life—and his skeptical mind—withstand vampires? Can this everyday Englishman survive his encounter with perhaps an even more sinister threat—the white-robed Papists who claim to be vampire slayers?

"A real 19th century Gothic vampire story, rich and colorful, and wonderfully full of foreboding. The characters are vivid and convincing, and the historical locales make the supernatural element effective and affecting as it builds to the point where our protagonist must recognize it and confront it."
— Tim Powers, Best-Selling Novelist; Author, On Stranger Tides

"Imagine a cross between Dracula and The Exorcist, written with the literary flourish of the former and the Catholic sensibility of the latter, and you will have some idea of how this heavenly hybrid on a hellish theme speaks with such death-defying and grave-shattering power in this work."
— Joseph Pearce, Editor, Ignatius Critical Editions; Author, The Quest for Shakespeare

"Nicholson writes with an impeccable ear for turn-of-the-century English and a dry wit worthy of George Bernard Shaw that makes A Bloody Habit a brilliant combination of edification and fun."
— Karen Ullo, Author, Jennifer the Damned and Cinder Allia

"A dark tale of vampires, mysterious strangers, animated corpses and bloody battles. A Bloody Habit is a worthy addition to the genre of Gothic horror. Seen through the eyes of a skeptical Englishman, a motley crew of friars, policemen, lawyers and a reporter pit themselves against the powers of darkness that threaten late Victorian London. Bram Stoker would be proud."
— Fiorella De Maria, Author, The Sleeping Witness and Poor Banished Children

"Although some scant modern writing exists on the mysterious subject of vampires, A Bloody Habit is the first real theological examination of the origins of the vampire state and of the classical battle waged by the Dominican Order against the vampire phenomenon. Eleanor Nicholson's work manages in narrative form both thoroughly to entertain and occasionally to terrify the reader. Her book is an example of magnificent Catholic literature."
—Thomas Joseph White, O.P., Author, The Light of Christ

Habits for a Healthy Marriage

The 10 Habits of Happy Mothers

Flannery O'Connor: The Habit of Being

Habits for a Healthy Marriage