Defender of the Immaculate Conception 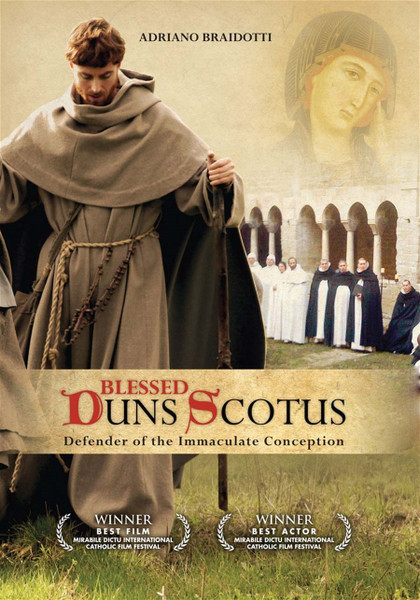 The inspiring true story of the holy Franciscan priest and theologian who won a famous debate against the Dominicans in the 13th century in which he defended Our Lady's great privilege of her Immaculate Conception, laying the groundwork for the Church to later define that as a dogma of the Catholic faith. Filmed in beautiful ancient monastery locations in Europe, Scotus is revealed as a humble and courageous apostle of the Faith against the oppressive anti-Catholic government in power. His public defense of the papacy as the head of the Church eventually got him thrown out of the country.

An important film for Americans since the Immaculate Conception is the Patroness of the USA, this acclaimed feature film stars Italian actor Adriano Braidotti in an award-winning performance as Blessed John Duns Scotus, who was Beatified by John Paul II. The movie won major awards for Best Movie and Best Actor at the 2011 International Catholic Film Festival.

This DVD contains the following language options: Italian and English with English and Spanish subtitles

Stories of the Blessed Sacrament