Pope John Paul II on Sexuality, Marriage, and Family in the Modern World 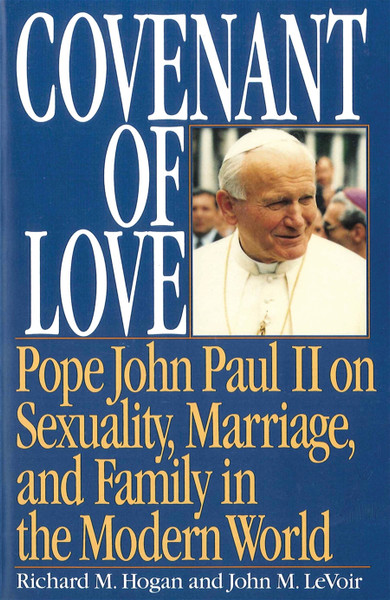 Pope John Paul II has had a profound theological and personal impact on Catholics and non-Catholics alike. In the scholarly tradition of Saint Augustine and Saint Thomas, he has found a new unity between faith and reason. The study of God, says John Paul, is also the study of humanity. He has come to vigorously insist on the rights and dignity of each human person, and on the divine importance of the family.

John Paul teaches that the keystone of Christian living today is the communion of persons which is the family. Covenant of Love conveys this central message of his pontificate. It explores the influence of Christ on the modern family, human intimacy, and sexuality and illustrates the Pope's response to the violations of that familial communion: materialism, sterilization, pre-marital sex, abortion, polygamy, adultery and lust, contraception and artificial conception, and homosexuality.

Written for the layman as well as for clerics, students, and educators, this volume will enhance the understanding and appreciation of Pope John Paul II's teachings. Covenant of Love, presents the extraordinary new way that John Paul II is using to present a new synthesis of the faith that can be the means of renewing the faith of all Christians and of bringing more people to Christ. It sets out his philosophical and theological design for every Christian who seeks a closer relationship with God--in the person of Christ, in the Church, and in the human heart.

Fr. Richard M. Hogan holds a doctorate in medieval history from the University of Minnesota. Fr. John M. LeVoir holds a M.A. in theology from Saint Paul Seminary. Both are diocesan priests of the Archdiocese of Saint Paul-Minneapolis with extensive pastoral experience.

"A splendid analysis of Pope John Paul II's teachings on sexuality, marriage and the family. We see that the Pope's magnificent vision of the human person is ultimately grounded in the revealed truth that the human person is made in the image and likeness of God."
- William E. May, Catholic University of America

Made for Love (Digital)