From Agnostic to Baptist to Catholic 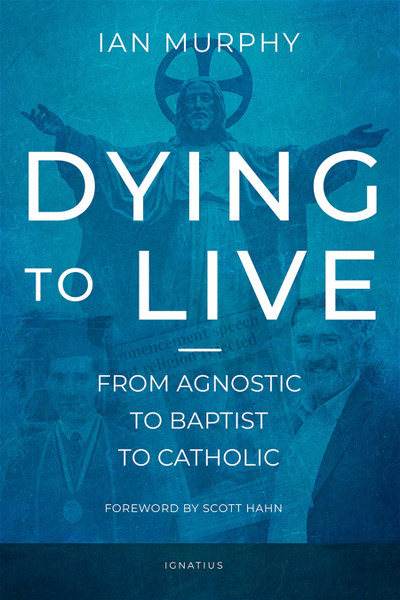 When high school valedictorian Ian Murphy was writing his graduation address, a teacher told him that he could not mention Jesus in his speech. She even threatened to pull the plug on the microphone if he tried to do so. Murphy’s defiance, in the name of his constitutional rights, made national news, and his zeal to spread the Gospel, no matter the cost, became the defining passion of his life.

Murphy's public battle for his freedom of speech is where this conversion story begins, but then it retraces the other important experiences of his youth. He describes his free-spirited Christian parents, his early doubts, the influence of faith-filled relatives and friends, and the spiritual encounter that made him a believer.

At a young age, Murphy went from strength to strength as he sought after truth, grew in prayer, and shared his faith with others. But his doubts resurfaced when his friend and mentor, the leader of a Protestant college group, was murdered. After his trust in God was restored, Murphy became a Baptist minister in the Bible Belt, and from there his spiritual journey led him into the Catholic Church.

The unexpected twists and turns in Murphy's extraordinary story show that when a man gives his life to Christ, the Lord never lets him go.

"Most of us converts can speak of a long pursuit by the Hound of Heaven. But only Ian Murphy can begin his story with a helicopter chase. And the plot only gets stranger and more exciting from there. This is one of those few religious autobiographies that could just as well be an action movie."
— Scott Hahn, from the Foreword; Author, Rome Sweet Home: Our Journey to Catholicism

"Once again the power of stories, especially stories of conversion, not only give witness to the life-changing work of God's grace, but also communicate the life-changing reasonableness of our Catholic faith."
— Marcus Grodi, EWTN Host, The Journey Home; Author, Life from Our Land

"Ian Murphy is a master storyteller. Clashing, uplifting, and tinged with joy, Dying to Live is a tale about an ordinary man in God's extraordinary grace, an offering not to be missed."
— Tyler Blanski, Author, An Immovable Feast

"As one who has traveled the seemingly impossible journey from Baptist to Catholic, I could feel the fear and trembling that Ian Murphy experienced on his adventure. And his dramatic story is indeed an adventure, which he tells with great wit and poignancy."
— Dale Ahlquist, President, American Chesterton Society

"This is a wild roller-coaster of a conversion story. It's a thrill to follow Murphy from principled agnosticism to evangelicalism to celebrity to a Baptist pastorate. But then comes the steepest hill of all, when he realizes he cannot deny the claims of the Catholic Church."
— Mike Aquilina, Author, The Fathers of the Church

"When I learned of a young man who was raised Protestant and became a Protestant pastor—and subsequently converted to Catholicism, I was very intrigued. Ian is a man of strong conviction who is not shy about expressing what he believes.  His book will convince you of his genuine love for the Savior."
— John Dee Varner, Christian Broadcaster

Mary in the Bible and in Our Lives (Digital)

Christ vs. Satan in Our Daily Lives (Digital)

Life Is Worth Living (Digital)