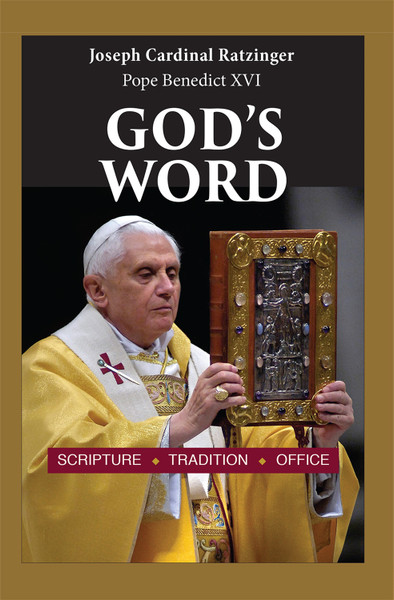 In this book, Joseph Ratzinger, now Pope Emeritus Benedict XVI, presents the Word of God as a living reality in the Church. God's Word, according to Ratzinger, is encountered in the Bible, in tradition, and through the teaching office of the bishop, who, through apostolic succession, is to be the servant of and the witness to the divine Word. Ratzinger examines as well the relationship between the episcopacy and the papacy. He also considers the nature of apostolic succession, and he responds to objections to the Catholic view of the subject. His treatment is sympathetic to the concerns of non-Catholic Christians while remaining faithful to Catholic teaching and practice.

This book also includes the famous Erasmus Lecture of Cardinal Ratzinger, which assesses the strengths and weaknesses of modern critical approaches to biblical interpretation. Ratzinger proposes a new approach that avoids the pitfalls of a narrowly critical outlook on the Bible without succumbing to fundamentalism.

God's Word provides insights into Pope Benedict XVI's efforts to renew the Church's participation in God's Truth through the divine Word, as well as the Church's mission to proclaim the Word to all people.

"This book brings together three important treatises on the issue of Scripture and Tradition from the pen of one of the greatest theologians ever to hold the papal office. Written with clarity and insight, this book helps us to trace the development of this important theme in Catholic theology since Vatican II, and it also opens up fruitful avenues of ecumenical advance. A little masterpiece!"
— Timothy George, Founding Dean, Beeson Divinity School, Samford University

"The calm, clear, and precise teaching that has characterized the theological work of Joseph Ratzinger as peritus, archbishop, prefect, and pope is placed before the Christian reader in this newly republished volume, God's Word: Scripture, Tradition, Office. Both refreshing and prophetic, this writing lays the groundwork for the two great initiatives that Pope Benedict XVI has stated are the top priorities of his pontificate: evangelization and ecumenism. Bypassing the bland contemporary approach that reduces these noble objectives to mere niceness, this book faces the problems that, if resolved, will make possible the "New Evangelization" envisioned by Pope John Paul II and the "full and visible unity of all Christ's followers" so desired by Pope Benedict XVI himself. This book, though not light reading, will be of interest and inspiration to all Christians who honestly seek truth and unity."
— Bishop Fabian Bruskewitz, Lincoln, Nebraska