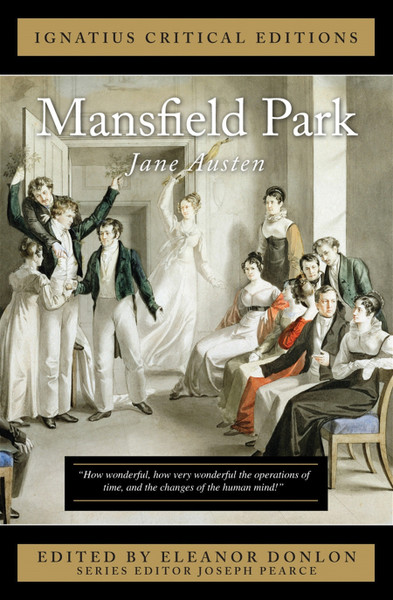 In all things, Jane Austen was a woman of faith. Perhaps nowhere is this more apparent than in Mansfield Park, her most neglected, abused, and misunderstood novel. Like Austen's other novels, it can be fully appreciated only when illuminated by the virtuous life and Christian beliefs of the author herself.

Mansfield Park is a novel about ordination, and about the family. It delves into questions of the education and upbringing of children, of conservative values, of parental authority, of the propriety and place of romantic love, of the tension between propriety and sophistication, and of the dangers of undue familiarity outside the family circle. It unerringly displays the depth of Austen's wisdom, especially in her understanding of the spiritual, psychological, and cultural complexities of morality.

As well as the full text of one of the richest and most intricately woven novels in the English language, this new critical edition contains many insightful critical essays by today's leading Austen experts.

The Ignatius Critical Editions represent a tradition-oriented alternative to popular textbook series such as the Norton Critical Editions or Oxford World Classics, and are designed to concentrate on traditional readings of the Classics of world literature. While many modern critical editions have succumbed to the fads of modernism and post-modernism, this series will concentrate on tradition-oriented criticism of these great works.

Edited by acclaimed literary biographer, Joseph Pearce, the Ignatius Critical Editions will ensure that traditional moral readings of the works are given prominence, instead of the feminist, or deconstructionist readings that often proliferate in other series of 'critical editions'. As such, they represent a genuine extension of consumer-choice, enabling educators, students and lovers of good literature to buy editions of classic literary works without having to 'buy into' the ideologies of secular fundamentalism.

The series is ideal for anyone wishing to understand great works of western civilization, enabling the modern reader to enjoy these classics in the company of some of the finest literature professors alive today.

I Lived on Parker Avenue