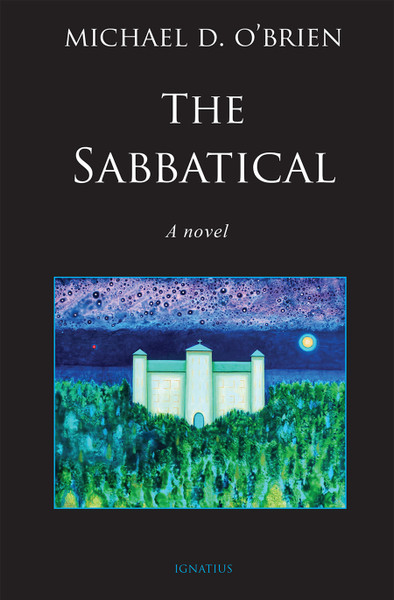 Dr. Owen Whitfield is the elderly Oxford professor of history who first appeared in Michael O'Brien's novel The Father's Tale. In the events of The Sabbatical, which occur sometime later, Dr. Whitfield is looking forward to a sabbatical year of peace and quiet, gardening in his backyard, and tinkering with what he calls his latest "unpublishable book".

As the year begins, he is drawn by a series of seeming coincidences into involvement with a group of characters from across Europe, including a family that has been the target of assassination attempts by unknown powers. During his journey to Romania, the situation in which he finds himself becomes more sinister than it first seemed.

The story deals with the tension between fatalism and the providential understanding of history, with the courage and love that are necessary for navigating through a confusion of signs, and with the triumph of faith and reason over the forces of destruction.

"A fascinating, moving, and eventually terrifying story of good and evil, faith and murder. This is a most accomplished and enthralling novel, which incorporates searching discussion of major issues of our time, and is also a wonderful read."
— Lucy Beckett, Author, A Postcard from the Volcano and The Time Before You Die

"It is difficult to know where to turn for noble enough analogies in speaking of O'Brien's writings. I wonder whether we are going to find Mr. O'Brien's name taking its place along with those of Mauriac and Bernanos before too long?"
— Thomas Howard, Author, Dove Descending: A Journey into T. S. Eliot's Four Quartets

"Michael O'Brien's elegiac novel is a meditation on the sad decline of Old Europe and a hopeful reminder that a new generation of saints is being forged in its ruins."
— Fiorella De Maria, Author, The Sleeping Witness and See No Evil

"Michael O'Brien's The Sabbatical reminds me of a golden bell—clear, true, moving, and beautiful. It is an exotic adventure for not only the imagination, but for the mind and soul as well."
— Cheri Blomquist, Author, Before Austen Comes Aesop

"Another compelling novel of ideas marinated in mystery from Michael O'Brien. With a strong appreciation of marriage and history, protagonist professor Owen Whitfield travels from Oxford to an isolated Romanian forest. He encounters a family and society from the monarchical past jeopardized by lurking spiritual or political evil."
— Marvin Olasky, Editor in Chief, World