A Selection of the War Letters, Prayers, and Spiritual Writings of Fr. Willie Doyle 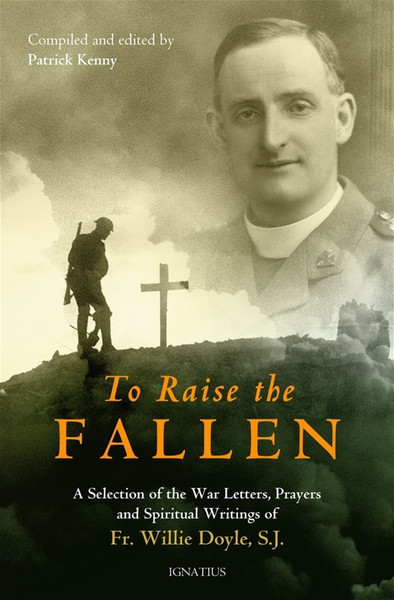 Irish military chaplain Fr. Willie Doyle, S.J., died in action during the Battle of Passchendaele on August 16, 1917, having been hit by a German shell while rushing to the aid of wounded soldiers trapped in No Man's Land. In To Raise the Fallen, Patrick Kenny introduces readers to this remarkable man, whose faith, heroic courage and generosity in the trenches of World War I continue to inspire Christians and non-Christians alike.

To Raise the Fallen includes a selection of Willie Doyle's rich and vivid letters from the front, along with diary entries, prayers, spiritual writings and extracts from the pamphlets that made him a publishing sensation across Europe in the early years of the twentieth century. Fr. Doyle's compassion, cheerfulness and humility, alongside his great valor in wartime, are a testament to his commitment to Christ. His final act of bravery epitomizes Christ's words that there "is no greater love than to lay down one's life for one's friends".

Those who knew Fr. Doyle testified to his heroic virtue. They witnessed his fearlessness in the face of enemy fire as he rescued the wounded, anointed the dying and buried the dead. His letters home reveal both his deep faith and his great humor, even in the face of unspeakable horrors. His daily conquest of himself in little things over many years prepared him for his selfless service on the battlefield.

"Ireland was once a land of Catholic heroes. If the Emerald Isle is going to escape the secular morass into which it's sunk -- if Ireland is going to be, again, a nation of saints -- witnesses to the faith who embody Catholicism's capacity to summon forth courage and compassion are urgently needed. Those virtues were vibrantly alive in Father Willie Doyle, S.J.. His story, and his witness, should be part of any genuine revival of Irish Catholicism."
— George Weigel, Author, The Fragility of Order

"In the context of a nationalistic war that placed nation ahead of God, Church, or the dignity of unique individuals, Fr. Willie Doyle, S.J. restored the proper order. His love of Jesus Christ fired his courage to bring the needed sacraments to anyone in need. The men knew he cared for each of them, and he risked his life for any of them. An impersonal bomb was the way this good shepherd laid down his life for the sheep. Anyone who reads his story of love for God's sake will be made a better person by the experience."
— Fr. Mitch Pacwa, S.J., TV Host, EWTN Live

"Fr. Willie Doyle, S.J., is one of the unsung heroes of the First World War.  During one of the war's most wretched battles he sacrificed his life to tend to a wounded member of his flock.  His letters in To Raise the Fallen reveal he cheerfully put up with the horrors of trench warfare—the filth, the vermin, the constant enemy shelling—to bring spiritual solace to his comrades in uniform.  This book provides the grounds to reopen the cause for Father Doyle's Beatification."
— George Marlin, author, The Sons of St. Patrick:  A History of the Archbishops of New York

"I stood recently with a group of young people at the Tyne Cot memorial, and shared with them a few paragraphs from To Raise the Fallen - the story of Fr Willie Doyle, S.J. Here find an account of a courageous priest who literally gave his life for his flock, being determined to minister at the front line, amidst the roar and stench of battle. His example speaks to our time about the healing presence of Christ at the margins, bringing love, hope and the consolation of faith."
— Most Reverend Eamon Martin, Archbishop of Armagh; Primate of All Ireland

"Just the story we need right now: the short life of a witty military chaplain who devoted much of his private prayers to reparation for the sins of priests.This book contains Fr. Doyle's letters from the front and an account of his August 1917 death as a martyr of charity while serving the men of his unit in the brutal trenches of the First World War.  The section on the prayers he composed is worth the price of the book."
— Fr. Joseph Koterski, S.J., Professor of Philosophy, Fordham University

Father Willie Doyle, S.J. exemplified the best qualities of a Catholic Chaplain: total dedication to those in his care, fearlessness in the face of enemy fire, and the willingness to make the ultimate sacrifice. Now 101 years after his death, readers of To Raise the Fallen will enjoy learning about this man for others in the long tradition of the Society of Jesus. "
— Archbishop Timothy Broglio, Archbishop of Military Services

"Though Father Doyle wished to remain hidden, when the story of his soul was revealed, devotion to him sprung up spontaneously and countless favors through his intercession revealed God's judgement on this holy man's life. Through his life and writings we see the power of God working to inspire us, and to bring peace and strength to those who are weary—to raise the fallen."
— Fr. John S. Hogan, EWTN Co-host, Forgotten Heritage: Europe and the Saints

The Gift of Infallibility

The Gift of Infallibility (Digital)