How the Classical Worldview Supports our Modern Moral and Political Views 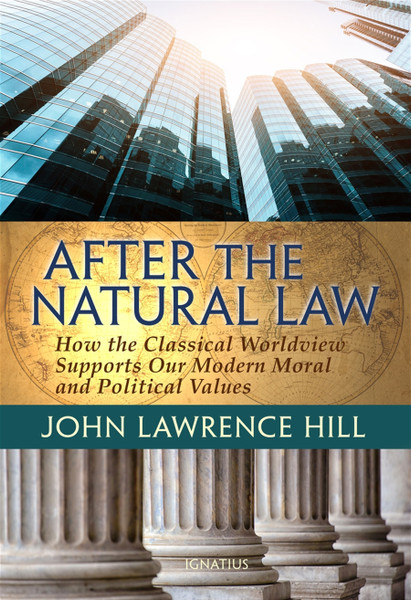 The "natural law" worldview developed over the course of almost two thousand years beginning with Plato and Aristotle and culminating with St. Thomas Aquinas in the thirteenth century. This tradition holds that the world is ordered, intelligible and good, that there are objective moral truths which we can know and that human beings can achieve true happiness only by following our inborn nature, which draws us toward our own perfection. Most accounts of the natural law are based on a God-centered understanding of the world.

After the Natural Law traces this tradition from Plato and Aristotle to Thomas Aquinas and then describes how and why modern philosophers such as Descartes, Locke and Hobbes began to chip away at this foundation. The book argues that natural law is a necessary foundation for our most important moral and political values freedom, human rights, equality, responsibility and human dignity, among others. Without a theory of natural law, these values lose their coherence: we literally cannot make sense of them given the assumptions of modern philosophy.

Part I of the book traces the development of natural law theory from Plato and Aristotle through the crowning achievement of Thomas Aquinas. Part II explores how modern philosophers have systematically chipped away at the only coherent foundation for these values. As a result, our most important moral and political ideals today are incoherent. Modern political and moral thinkers have been led either to dilute the meaning of such terms as freedom or the moral good or abandon these ideas altogether. Thus, modern philosophy and political thought are leading us either toward anarchy or totalitarianism.

The conclusion, entitled "Why God Matters", shows how even the philosophical assumptions of the natural law depend on a personal God.

50 Questions on The Natural Law (Digital)

50 Questions on The Natural Law