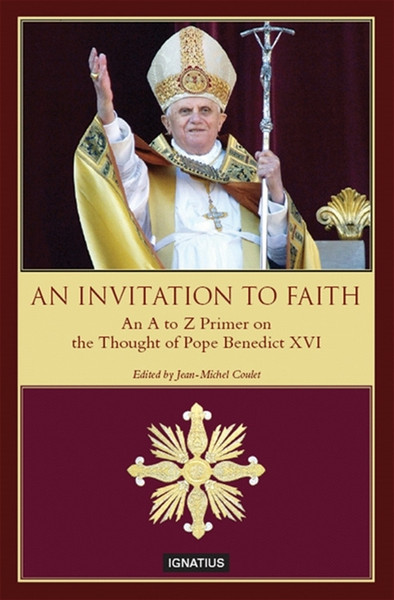 As soon as he was elected to the Papacy, Benedict XVI immediately challenged the relativism of our times that rejects God, that sees nothing as definitive, and that, according to the Pope, sets as the ultimate yardstick the individual's own ego and desires alone. The Pope offers instead an opposing standard: Christ, the Son of God, the true man. The Pope's words are rousing and demand an examination of conscience. His words are meant for all.

With strong words, Benedict XVI invites us to place God at the center of our lives. Thus, this book is a selection of key words from the teachings of the Holy Father since he began his Pontificate, presented in alphabetical order. Each key word leads to an inspiring and insightful meditation from the Pope on various important spiritual themes and topics. Benedict XVI invites us in these words to become daily actors in the real revolution that comes from God and is called Love.

This volume is a handy little primer on the thought of the beloved Pontiff in which the reader can pick out any key word or topic from the alphabetical order of meditations throughout the book to meditate and focus on.

An Invitation to Faith