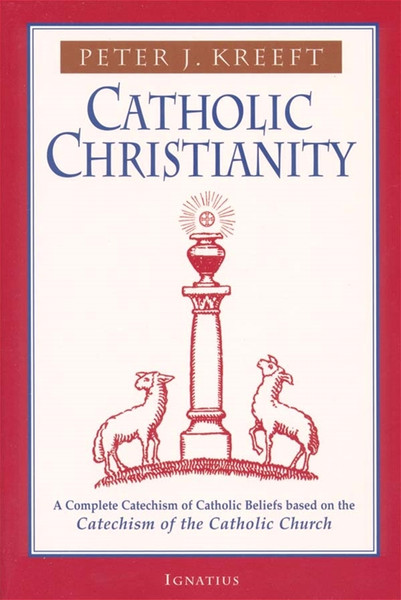 For the first time in 400 years the Catholic Church has authorized an official universal catechism which instantly became an international best-seller, the Catechism of the Catholic Church. Using this official Catechism, the highly-regarded author and professor Peter Kreeft presents a complete compendium of all the major beliefs of Catholicism written in his readable and concise style.

Since the Catechism of the Catholic Church was written for the express purpose of grounding and fostering catechisms based on it for local needs and ordinary readers, Kreeft does just that, offering a thorough summary of Catholic doctrine, morality, and worship in a popular format with less technical language. He presents a systematic, organic synthesis of the essential and fundamental Catholic teachings in the light of the Second Vatican Council and the whole of the Church's Tradition.

This book is the most thorough, complete and popular catechetical summary of Catholic belief in print that is based on the universal Catechism.

"As an apologist who speaks at many seminars and conferences across the country I am often asked what book I would recommend for an adult catechetics class. I always find myself recommending three our four books rather than one. No longer. This is the ONE book I've been looking for! Dr. Kreeft gives a summation of our Catholic Faith based on the Catechism of the Catholic Church that is filled with bite-sized morsels of truth and producing a veritable feast of faith!"
-Tim Staples Radio Host and Apologist