A Field Guide to the Catholic Literary Landscape 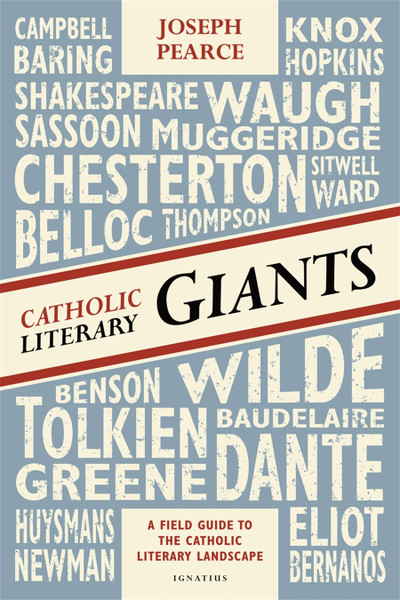 In Catholic Literary Giants, Joseph Pearce takes the reader on a dazzling tour of the creative landscape of Catholic prose and poetry. Covering the vast and impressive terrain from Dante to Tolkien, from Shakespeare to Waugh, this book is an immersion into the spiritual depths of the Catholic literary tradition with one of today's premier literary biographers as our guide.

Focusing especially on the literary revival of the twentieth century, Pearce explores well-known authors such as G.K. Chesterton, Graham Greene and J.R.R. Tolkien, while introducing lesser-known writers Roy Campbell, Maurice Baring, Owen Barfield and others. He even includes the new saint, Pope John Paul II, who wrote many literary and poetic pieces, among them the story that was made into a feature film, The Jeweler's Shop.

"In the years to come, Joseph Pearce will himself be better known as one of the literary giants of our times. Wisdom, wit, insight, original thought—it is all here. Pearce is more than an educated intellect. He is a mind awake."
— Michael D. O'Brien, Author, Father Elijah

"One is agog at the sheer 'achieve of the thing', as G.M. Hopkins would put it. Mr. Pearce covers the entire waterfront and more here. We have come to expect vastly astute, fair, generous and perspicacious work from Pearce, and this book crowns everything that he has written thus far."
— Thomas Howard, Author, Dove Descending: A Journey into T.S. Eliot's "Four Quartets"

"Pearce has woven a fascinating tapestry of literary criticism, history and ancient faith. It is very good to see the Catholic literary giants emerge from the shadows."
— Dale Ahlquist, President, American Chesterton Society