How to Resolve Our Cultural Crisis 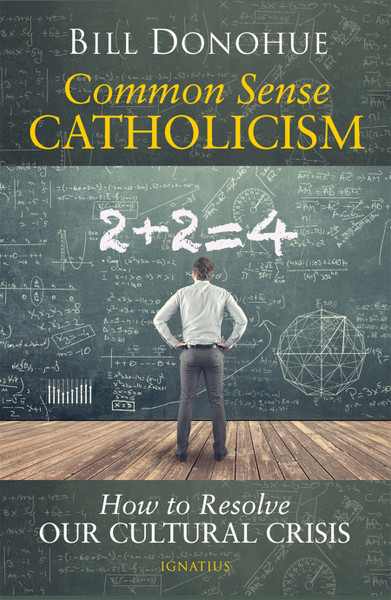 This work analyzes how the three key elements of a democratic society—freedom, equality, and fraternity—have been misconstrued by intellectuals and policy makers who do not respect the limitations of the human condition. Their lack of common sense has resulted in social and cultural problems rather than solutions to them. By contrast, the social teachings of the Catholic Church mesh nicely with the demands of human nature, and as such they offer the right remedy to our cultural crisis.

Freedom defined as radical individualism has eclipsed the understanding that real rights are tethered to responsibilities. Equality defined as radical egalitarianism yields little in the way of equality and much in the way of state-sponsored social discord. And fraternity without the foundation of familial bonds and religious communities leaves people isolated and disoriented.

Catholic teaching offers much wisdom to remedy our insufficient understanding of the elements needed for a free and flourishing society. Its common sense is greatly needed to help modern Americans rediscover the true meaning of their highest ideals.

"Bill Donohue, in addition to his crusading work defending religious rights as head of the Catholic League, is a brilliant social scientist. Here his gifts are on full display.  In this important book he reveals how we can all apply the common sense wisdom of Catholicism to our daily lives and remedy our current cultural crisis."
— Raymond Arroyo, New York Times Best-Selling Author, Fox News Contributor, The World Over Host

"In this rousing defense of common sense and the Catholic intellectual tradition, celebrated social scientist William Donohue exposes the perils of a society in thrall to ideologically driven academics and points the way back to sanity and human flourishing."
— Thomas Williams, Ph.D., Theologian, Best-Selling Author, Breitbart News Rome Bureau Chief

"Bill Donohue has a well-earned reputation as a vigorous defender of Catholicism, but he is also an astute critic of crackbrained policies in conflict with the good of individuals and society. In Common Sense Catholicism Donohue brings together both roles in a forceful analysis of confused thinking about human freedom as it applies to everything from sex to economics. This well-reasoned and accessible study shows that the woes plaguing our society can be cured only by returning to the common sense reading of human nature embodied in the Catholic social tradition and the worldview of the American founders."
— Russell Shaw, Author, American Church and Catholics in America

"In the absence of common sense, inhuman and cruel ideologies that are spread through brainwashing, coercion, and even violence rise up to fill the void. Bill Donahue identifies the causes and the outcomes of the growth in our society of preposterous systems of thought that dehumanize us. The remedy he proposes for societal and personal flourishing is a renewed embrace of the social teaching of the Catholic faith and the natural law philosophy that underlies that teaching."
— Fr. Gerald Murray, Pastor, Holy Family Church, New York; Member of EWTN's Papal Posse

The Case for Catholicism (Digital)