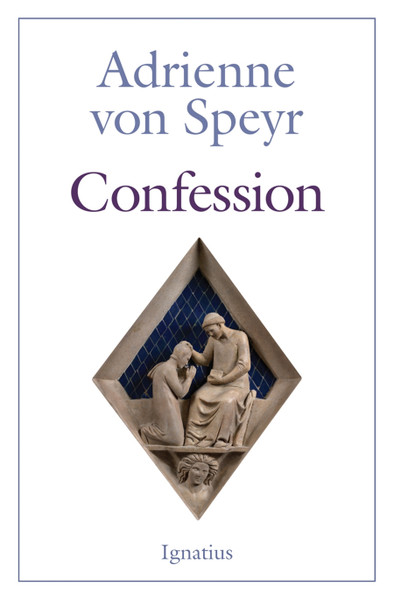 In this second edition of her profound book on confession, which theologian Hans Urs von Balthasar calls "one of her most central works", Adrienne von Speyr discusses the moral and practical aspects of this sacrament  in great depth. The most complete spiritual treatise on confession ever written, the book covers conversion, scruples, contrition, spiritual direction, laxity, frequency of confession, confessions of religious and lay people, and even confessions of saints.

The most intriguing element in von Speyr's understanding of confession, fully developed in this volume, is its trinitarian and christological basis. The Cross is the archetypal confession, and Christian sacramental confession is thus an imitation of Christ in the strict sense. Confession examines the enormous fruitfulness of this dogmatic basis from many perspectives, giving a wealth of suggestions that both the theological expert and the layman will find very helpful. Its practical applicability to one's own confession emerges from every page.

"Few writers have impacted me like von Speyr has. I use Confession every year in RCIA to teach on this great gift that Jesus left to the Church on the day He rose from the dead. Whether you are a frequent celebrant of this Sacrament or, like I once was, have been away for many years, I pray that this book will profoundly change your life."
— Fr. John Riccardo, From the Foreword

"Von Speyr's book on confession is one of her most central works. Indeed, all her books revolve around the act and attitude of confession, around the personal and ecclesial-sacramental encounter between sinner and God, around that total openness that is the prerequisite for all blessing, mission and prayer."
— Hans Urs von Balthasar, Editor's Foreword

"The abundant harvest of graces hidden in this theological mission for our times still waits to be more fully carried into the storehouses of the Church for whom Adrienne von Speyr was sent. Now, however, a century after her birth, there are many signs to indicate that the moment of her "reawakening" is at hand!"
— Jacques Servais, S.J., Director, Casa Balthasar, Rome