A Novel about Saint Luke 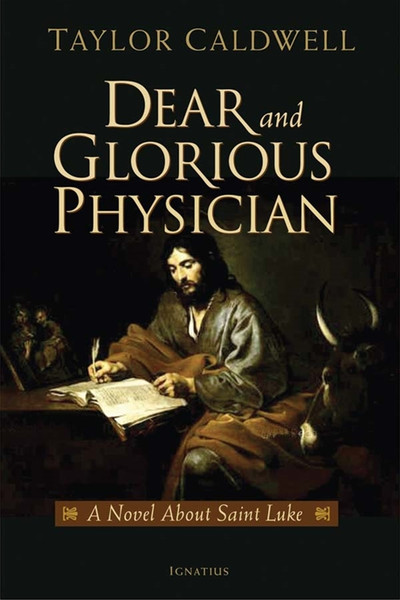 The world-famous novel about the triumphant story of St. Luke. Man of science, and Gospel writer.

Today St. Luke is known as the author of the third Gospel of the New Testament, but two thousand years ago he was Lucanus, a Greek, a man who loved, knew the emptiness of bereavement, and later traveled through the hills and wastes of Judea asking, "What manner of man was my Lord?" And it is of this Lucanus that Taylor Caldwell tells here in one of the most stirring stories ever lived or written.

Lucanus grew up in the household of his stepfather, the Roman govenor of Antioch. After studying medicine in Alexandria he became one of the greatest physicians of the ancient world and traveled far and wide through the Mediterranean region healing the sick.

As time went on he learned of the life and death of Christ and saw in Him the God he was seeking. To find out all he could about the life and teachings of Jesus, whom he never saw, Lucanus visited all the places where Jesus had been, questioning everyone—including His mother, Mary—who had known Him or heard Him preach. At last, when he had gathered all information possible, he wrote down what we now know as the Gospel according to St. Luke.

Read the amazing, true story written by Taylor Caldwell titled The Miracle at the Berlin Wall

“A portrait so moving and so eloquent I doubt it is paralleled elsewhere in literature. It is Caldwell’s greatest novel!”
— Boston Herald

"Magnificent! Taylor Caldwell, who has splendid powers of narration, unleashes them all in this, her finest novel. She has made St. Luke a real and believable man and recreated on a vast canvas the times and people of his day. You see as large as life all the glory and decadence of Rome and all the strife, turmoil and mysticism of Africa…. A glowing and passionate statement of belief!"
—Columbus Citizen