The Theology of Denys The Areopagite 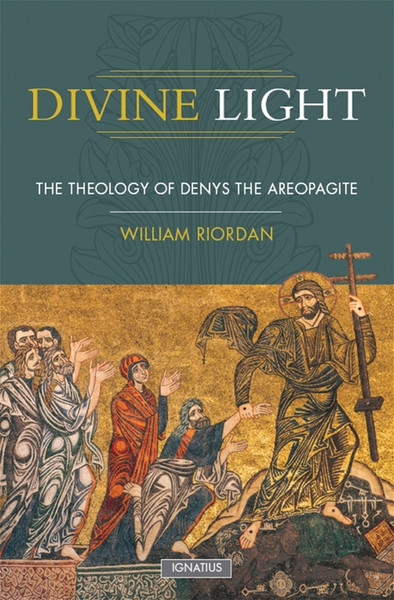 In his missionary journeys, St. Paul spoke in a number of cities in the Greek peninsula including Athens, renowned for its philosophical heritage. He addressed to them the message of the One, Unknown God (Acts 17:22ff). Among those present in the Areopagus (the open city center of Athens) on that day was a certain Denys (Dionysios) who eventually became a disciple of Paul.

Centuries later, a corpus of writings appeared bearing the name of the Denys the Areopagite. These texts were considered to be the writings of the first century disciple of the Apostle Paul and thus achieved almost immediate prominence, strongly influencing the lives of St. Maximus the Confessor (d. 662) and St. John Damascene (d.749) in the East and Eriugena (d. 877), St. Bede (d. 735), St. Bernard (d.1153) St. Thomas Aquinas (d. 1272) Nicholas of Cusa (d. 1464), St. John of the Cross (d. 1591), and many other great minds in the West.

Later historical studies of Denys' texts, especially during the 19th century, showed conclusively that the writings are of a later date (5th century) than had generally been thought. Hence, the appending of "Pseudo-" before the name of Denys (Pseudo-Denys, Pseudo-Dionysius) became common place.

The extraordinary brilliance of the texts themselves, however, has been in no way dimmed. The late Holy Father John Paul II in his monumental encyclical Fides et Ratio warns insistently against an approach to Revelation that shuns metaphysics. The texts of Denys provide a majestic and profound metaphysical perspective. Deeply formed by the Divine Liturgy and the Sacred Scriptures, this mysterious author uses the great insights of Plato and his later disciples, expressing the deepest profundities of the faith in stunningly beautiful writings. In Denys, readers past, present, and future find a penetrating contemplative vision into the Mystery of the Trinity and its creation.

This book is a focused exposition of Denys' theological understanding with particular attention to the illuminating metaphysical depth of his insight. Care has been taken to prepare a text that is readable for the serious laymen accompanied with footnotes to provide a more detailed background for the scholar.

"To befriend the saints is to learn how to be the friend of God. In this beautifully written book, William Riordan offers a model of scholarly theology that strives not merely to get the concepts right, but to get the friendship right. Inspired by Denys, Riordan teaches us how to re-think our reductionist understanding of the world, so as to discover afresh the cosmic, liturgical, and Christological path by which God makes us his friends (what the Greek Fathers called "divinization"). By exploring Denys's contemplative wisdom in a manner that restores Denys to us as a great friend in Christ, this much-needed book exemplifies Newman's motto, "Heart speaks to heart."
- Matthew Levering, Associate Professor of Theology, Ave Maria University p>"The figure of Dionysius (Denys) the Areopagite continues to be surrounded in controversy and misunderstanding. In Divine Light William Riordan offers us a reasoned and passionate defense of Deny's Christian orthodoxy, and shows how important Deny's theology of beauty and divinization is for us today. i>Divine Light is more than just a scholarly study of a noted theologian. It is a work of spiritual theology itself, elevating the reader to see the great beauty and harmony of God and the cosmos through the eyes of Denys the Areopagite."
- Daniel A. Keating , Associate Prof. of Theology, Sacred Heart Major Seminary, Detroit MI "At last, we are rediscovering a major figure in the history of Christian thought -- Denys the Areopagite -- and in a readable book that will delight both lay and academic readers. Dr. Riordan has helped us to recover Denys, an ancient theologian of luminous vision, singular clarity, and profound depth. His theology is at once metaphysical and mystical, biblical and ecclesiastical, but above all sacramental.

Here we discover one of the greatest guides for some of the Church's greatest minds, beginning with Maximus the Confessor and continuing through Thomas Aquinas and Bonaventure. Christian intellectual formation is incomplete without him, and without this book, which makes him so accessible."
- Scott Hahn, author Rome Sweet Home