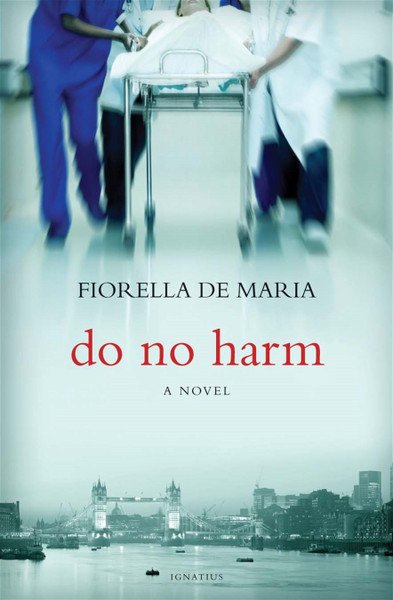 When a British emergency room doctor saves the life a woman who apparently attempted suicide, he is accused of committing a crime and stands trial. Not only is Dr. Matthew Kemble's medical practice at risk, but also his liberty. If he is found guilty of trespassing on a woman's right to die, he could go to jail.

The novel Do No Harm exposes the dangers faced by conscientious doctors in Britain. Dr. Kemble's decision to treat a patient in defiance of her Living Will pits him against English Law, public opinion and his own profession. The legal and personal battles he faces raise many questions about the role of the physician in the modern world, contemporary beliefs about autonomy and human rights, and the increasingly bitter clash of values in twenty-first century Britain.

Set in and around London, the story explores the interrelated stories of a physician facing ruin and imprisonment at the height of his career, his old friend and doggedly determined lawyer, Jonathan Kirkpatrick, and Maria, a passionate, dedicated but intensely lonely young campaigner who while working for the defense proves incapable of staying out of trouble herself.

"A gripping drama of ordinary human beings caught in a web of ethical confusions and moral complexities. It presents to us the razor's edge of conscience in an age dominated by relativism: What can people of good will do when faced with layers of evil in contemporary society, evils that present themselves as rational, legal, even ‘moral'? How do they save life and bring hope to the hopeless- to do no harm, according to the Hippocratic oath?

This novel is a biopsy of the sickness of late Western society, and more importantly a sign that we are not abandoned in the midst of it, and that good can triumph against all odds."
- Michael D. O'Brien, author, Father Elijah

"A meditation on guilt, innocence, and transcendence that will haunt the reader long after the book is done."
- Mary Eberstadt, author, The Loser Letters: A Comic Tale of Life, Death, and Atheism

p>"This is serious fiction with prose that is clean, strong, and worthy."
- Thomas Howard, author, Narnia and Beyond p>"It's not often that a historical novel comes along that is at once period-appropriate, psychologically plausible - and very, very difficult to put down."
- The Weekly Standard

So Why Do We Do This? Second Edition (Leader's Guide)

So Why Do We Do This? (Participant Workbook)