A History of True England 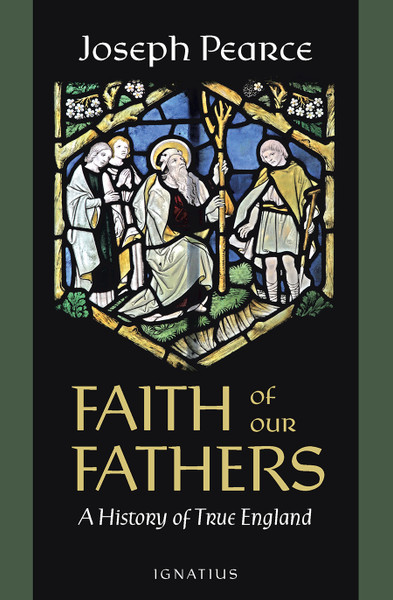 The Catholic Church has been a part of English history since the arrival of Christian missionaries to Roman Britain in the first century AD. England was evangelized in these early centuries to such an extent that, by the time the Romans withdrew in the fifth century, the Celtic population was largely Catholic.

Anglo-Saxon England has rightly been considered a land of saints. From St. Bede's account of the history of the early Church to the reign of the holy king, St. Edward the Confessor, Saxon England was ablaze with the light of Christ.

This Catholic heart was ripped from the people of England, against their will and in spite of their heroic resistance, by the reign of the tyrannical Tudors. This made England once again a land of saints, though it was now a land of martyrs, Catholic priests and laity being put to death for practicing the Faith. The martyrdoms continued for 150 years, followed by a further 150 years of legal and political persecution.

In the nineteenth century, against all the odds, there was a great Catholic revival, heralded by the conversion of St. John Henry Newman, which would continue into the twentieth century. Much of the greatest literature of the past century has been written by literary converts, such as G. K. Chesterton, Evelyn Waugh, Graham Greene and J. R. R. Tolkien.

This whole exciting, faith-filled story is told within this single-volume history of "true England", the England which remained true to the Faith through thick and thin, in times both merry and perilous. It is a story which is not only worth telling but worth celebrating.

"Like any account of a life, Faith of Our Fathers is full of surprises. But the biggest surprise is that the Catholic Church has been the main character in the two thousand years of stories that have come from this storied island."
— Dale Ahlquist, President, Society of Gilbert Keith Chesterton

"Joseph Pearce's spirited history of the True England is a microcosm of the human story: against all the odds, God's grace breaks through the darkness of sin and folly to inspire noble deeds of intrepid fidelity in every generation."
— Christopher Blum, Provost, Augustine Institute Graduate School of Theology

"The history of the Catholic Church in England is as rich and inspiring as the island she has called home for nearly two millennia. Joseph Pearce does a masterful job of tracing this journey of faith, from the first proclamation of the Gospel on her shores all the way to our present day. May the reading of this book inspire many through the unwavering faith and witness of England's sons and daughters in Christ."
— Bishop James Conley, Lincoln, Nebraska

"Highest praise to Joseph Pearce for giving all the English-speaking peoples a true understanding of who they are by showing them from whence they came. If there is another book that makes so clear and with so much eloquence the Catholic heart and soul of Shakespeare's 'sceptered isle', I don't know it."
— Christopher Check, President, Catholic Answers

"Joseph Pearce's Faith of Our Fathers: A History of True England takes the reader on a faith-filled journey with inspiring stories of men and women who helped shape the cultural landscape of England. The stories of our elder brothers and sisters in the faith, those who faithfully lived out their baptismal call, inspire the reader to be a true son or daughter of the Catholic Church."
— Bishop James Wall, Gallup, New Mexico

"Joseph Pearce provides us with an evocative mix of history, legend, and literature. Throughout this journey into the heart of Catholic England, Pearce passionately evokes the 'Christ-haunted' history of England. Drawing upon English Catholic writers of the twentieth century such as Belloc, Chesterton, Tolkien, and others, he presents a picture of a Catholic England that never completely disappeared."
— Paul Baxa, Chair of the History Department, Ave Maria University