Mary's Message to the Modern Age 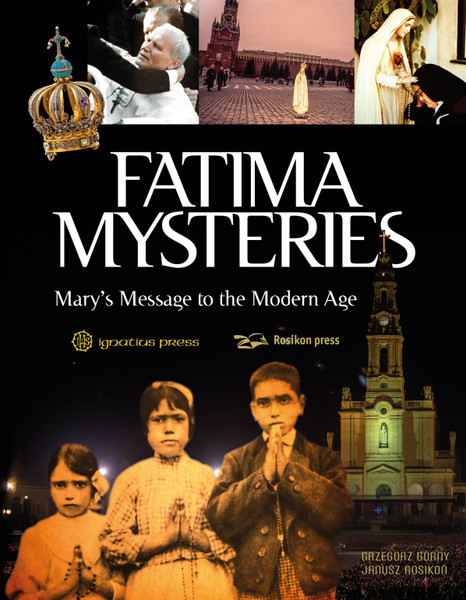 "The tragedies foretold in Fatima did not come to an end with the demise of Communism. The crisis has not been resolved. From a certain point of view it is still as serious as it ever was, as it is primarily a crisis of faith, hence a moral and social crisis."
— Pope Benedict XVI

The apparitions in 1917 of the Blessed Virgin Mary to three peasant children in Fatima, Portugal, are perhaps the most important private revelations in the history of the Church. At the height of World War I and on the eve of the Russian Revolution, Our Lady appeared in Fatima to warn us of another even greater world war, the spread of Communism, and a terrible persecution of the Church unless people returned to God. She asked for us to offer daily prayer and sacrifice for conversion of the world and salvation of souls.

Because of the prophetic nature of Our Lady's messages and their potential significance for the entire world, they have been the subject of much study and controversy, and they have influenced the decisions not only of many individuals, but also of Popes, Bishops, and heads of state.

To celebrate the 100th anniversary of these important apparitions and messages for the modern world, renowned author-photographer team Grzegorz Górny and Janusz Rosikon traveled throughout Europe to tell the story of Fatima and its impact on the destiny of both individuals and nations. With stunningly beautiful four-color photographs on every page, and in-depth detail and insights on all aspects of the story and message of Fatima, they probe the mysteries of Fatima and their continued relevance for our modern age. Lavishly Illustrated.

"This is a very special book on the whole story, messages and meaning of Fatima. It is a great treasury of information and inspiration for the 100th anniversary of Fatima, filled with stunning photos and images. This book will help you to do what Pope Benedict XVI asked of us all - to learn, live and spread the message of Fatima!"
- Fr. Andrew Apostoli, C.F.R., Author, Fatima For Today "What a masterpiece! Fatima Mysteries is the most comprehensive and thoroughly researched book I have ever read on the Fatima apparitions. It offers an historical, cultural, and theological presentation of everything there is to know about the importance of one of the greatest events in modern times."
- Fr. Donald Calloway, MIC, Author, Champions of the Rosary: The History and Heroes of a Spiritual Weapon