Believing and Living in Our Time 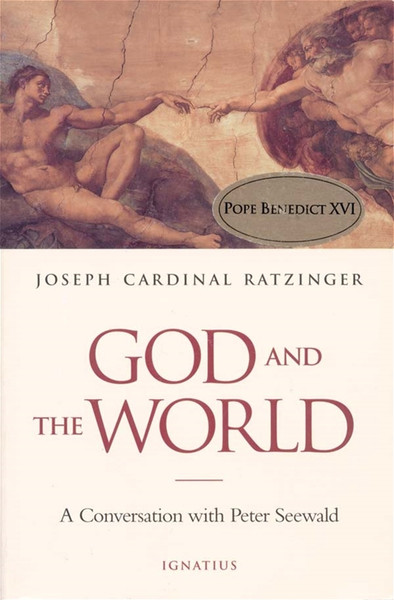 During his years as Prefect of the Congregation for the Doctrine of the Faith, well-known Vatican prelate Joseph Cardinal Ratzinger has given three in-depth interviews. The first two interviews have become best selling books: The Ratzinger Report and Salt of the Earth. Because of the tremendous reception those books received, the Cardinal agreed to do another interview with journalist Peter Seewald, who had done the very popular Salt of the Earth interview. This third in-depth interview addresses deep questions of faith and the living of that faith in the modern world.

The interview took place over three full days spent at the Benedictine Abbey of Monte Cassino in a setting of the silence, prayer, and hospitality of the monks. For this meeting with the highly regarded Churchman, theologian, and author, the seasoned journalist, who had fallen away from the faith but eventually returned to the Church, once again provided a very stimulating, well-prepared series of wide-ranging questions on profound issues. The Cardinal responds with candor, frankness and deep insight, giving answers that are sometimes surprising and always thought provoking.

"When Cardinal Ratzinger, one of the Church's great wise men, sat opposite me in the Abbey and patiently recounted to me the Gospel and the belief of Christendom from the beginning of the world to its end, something of the mystery that holds the world together became more tangible. 'Creation itself', he said, 'bears within itself an ordered pattern from which we can understand the ideas of God—and even the right way to live.' "
-- Peter Seewald

God So Loved the World