A Life with Communists, Atheists, and Other Nice People 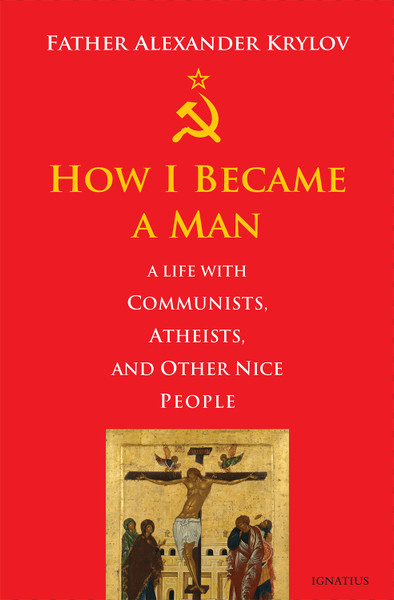 This book takes us into the heart of the Soviet Union, where Alexander Krylov grew up as an underground Catholic in the 1970s and 1980s, never even entering a church until he was a teenager. How does faith in God live on when God is outlawed? How I Became a Man shows us, offering glimpses at the everyday reality of Communism through the eyes of a child, with humor, irony, and a keen sense of human goodness.

Divided into short vignettes, this book challenges us look at our own lives differently—especially with regard to freedom. How I Became a Man is a courageous, joyous, even whimsical testimony of living the Catholic faith in today's world.

"Krylov shows how his family environment of deep Christian piety helped him persevere in his faith despite relentless exposure to state-sponsored programs of ‘scientific atheism' and Soviet ideology. Timely reading given the resurgent challenge we face today: expansionist totalitarianism in both Putinist Russia and Communist China."
— David Pinault, Author, The Crucifix on Mecca's Front Porch

"In an age in which young people are again attracted by Communism, this firsthand account of a child growing up in the Soviet Union serves as a timely reminder of the grim reality of life in a Communist regime."
— Joseph Pearce, Author, Solzhenitsyn: A Soul in Exile

"Krylov takes us on his journey to physical and spiritual maturity in Communist Russia—and the unlikely vocation of Catholic priest. His stories, replete with dry humor and gentle irony characteristic of the Russian soul, offer profound spiritual and practical insights. Moving, fascinating, and above all, human."
— Sam Guzman, Author, The Catholic Gentleman

"How does a precocious child in a gray land of atheists, propagandists, and Communists survive with a secret Catholic smile in his soul? In countless hundreds of ways! These open-hearted memories unveil how a child continually outsmarts Mother Russia. With the aid of a persistently Catholic grandmother and a limitless imagination, little Alex carves out the path to his underground Catholic faith."
— Kevin Wells, Author, Priest and Beggar: The Heroic Life of Venerable Aloysius Schwartz

How I Stayed Catholic at Harvard

How I Stayed Catholic at Harvard