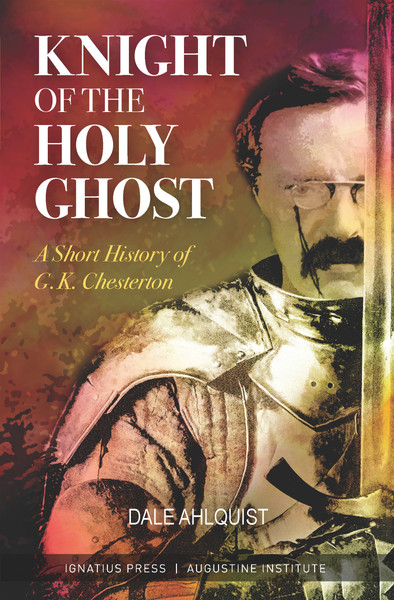 Who was Gilbert Keith Chesterton? A rotund man in a cape brandishing a walking stick? Certainly. A twentieth-century writer? Prolifically. A great champion and defender of the Christian Faith? Gallantly. He is known too as the "prince of paradox" and an "apostle of common sense." Chesterton has lately been enjoying a resurgence in popularity. His name appears on blog posts and news articles alike. His name is spoken more often on college campuses, and schools around the United States are being named after him.

Who was this engaging, witty, prophetic man? Allow Dale Ahlquist, the president of the American Chesterton Society, to introduce you to him. In a rollicking adventure quite Chestertonian in flavor, Ahlquist captains an expedition of discovery into who this GKC fellow is. He deftly and cleverly explores Chesterton as a man, as a writer, and as a potential saint.

"Dale Ahlquist is probably the greatest living authority on the life and work of G. K. Chesterton. As such, nobody is better qualified to offer a concise and illuminating overview of Chesterton's important contribution to contemporary faith and culture."
— Joseph Pearce, Author of Wisdom and Innocence: A Life of G. K. Chesterton

"Ahlquist on Chesterton is like Plato on Socrates, or Boswell on Johnson."
— New Oxford Review

Knight of the Holy Ghost