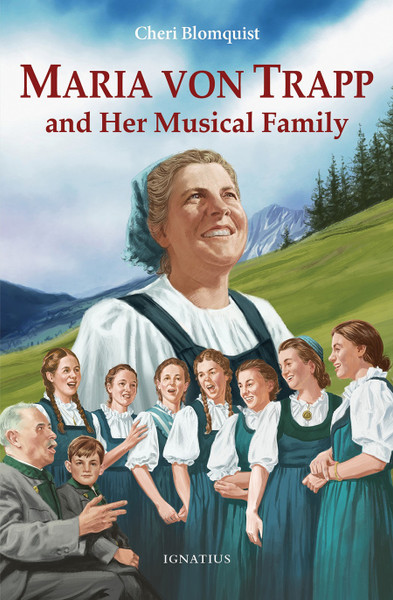 Since its world premiere in 1959, the Broadway hit (and movie) musical The Sound of Music has captivated millions of people around the world. Almost everyone knows of the aristocratic von Trapp family, the young postulant Maria who brought music back into their lives, and their harrowing escape from Hitler’s evil Third Reich. But few know the incredible true story behind the musical.

In this new Vision Book, that dramatic story is at last told for young readers, based on Maria's bestselling autobiographies and Agathe von Trapp's memoir. Part epic adventure and part spiritual testimony to God's constant faithfulness, this story of the family that became one of the most beloved choirs in history is a page-turner to the very end.

Trusting in God at every difficult step, the von Trapps gradually rose to world-wide fame, finding their place in America and eventually a new identity as American citizens. The harrowing story of their many adventures and ultimate glorious success is one you will never forget!

The Gospel of the Family (Digital)

A Family of Saints (Digital)