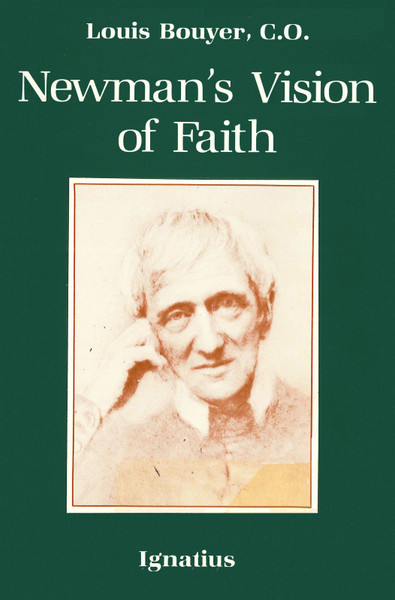 Fr. Louis Bouyer, CO., regarded as one of the premier theologians of this century, is a convert to Catholicism and a priest of the Oratory, as was John Henry Newman. He has dedicated much of his life to the study of Newman and his works. He is the author of more than forty books, a theological advisor at Vatican II, and a consultant on theology and ecumenism for the Holy See.

In this book, Bouyer shows how Newman's clear vision of the present and future problems confronting Christianity, and his convictions on how Christians must meet these challenges, made him a man ahead of his times, not well understood by his contemporaries. Newman, whose ideas anticipated many of the teachings of Vatican II, encouraged an openness to the world in order to better understand how to Christianize it, a rediscovery of the Fathers of the Church, a deeper understanding and firmer grasp of Scripture, and a greater emphasis on the valuable role of the laity in the Church.

quot;Newman's was a clear and profound realization of what is fundamental and permanent in Christianity—Christianity as a reality of life, divine and human, which by its very nature calls for constant development and renewal and which Newman was to discuss in his 'Essay on the Development of Christian Doctrine' at the time of his conversion. It might seem that this conversion brought him into the Church on the eve of the Church's own disintegration. Let us rather say that he was called, without realizing it himself, to awaken within the Catholic Church of today what she needs in order to reveal herself again to the world as the one true Church which that world so badly needs, now as ever."
— Louis Bouyer, CO., from the Introduction

The Word, Church and Sacraments

The Spirit and Forms of Protestantism