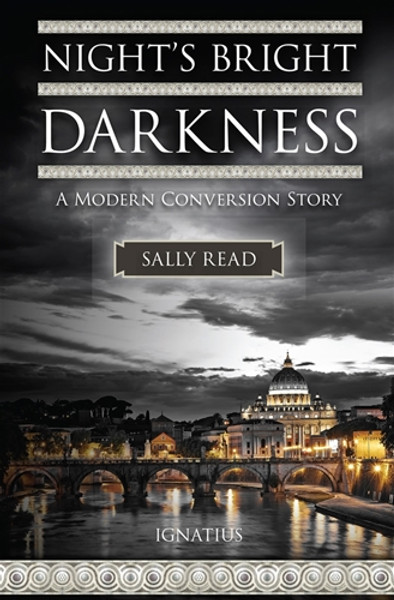 Staunchly atheist Sally Read converted to Catholicism in the space of nine electric months. In 2010, Read was heralded as one of the bright young writers of the British poetry scene. Feminist and deeply anti-Catholic, she was writing a book about female sexuality when, during her research, she spoke with a Catholicpriest. The interview led her on a dramatic spiritual quest that ended up at theVatican itself, where she was received into the Catholic Church.

Unsurprisingly, this story is written in the vivid language of poetry. Read relates her encounters with the Father, the Spirit and then the Son exactlyin the way they were given to her—timely, revelatory and compelling. Thesetransforming events threw new light onto the experiences of her past—her father’s death, her work as a psychiatric nurse and her single years in London—while they illumined the challenges of marriage and motherhood in a foreign country. As she developed a close intimacy with the new love thaterupted into her life, Christ himself, she found herself coming to embrace a faith she had previously rejected as bigoted and stifling.

"Sally Read's story is the best and liveliest account of a conversion for a generation. It is a story of divine grace as moving and unexpected as it is luminous and profound. There is not a wasted brush-stroke, not a blurred line. It is an absorbing story, a tale that will grip readers all the way through to the end."
—Paul Murray, OP, Angelicum University; Author, T.S. Eliot and Mysticism

"Every story of conversion has the potential of conceiving another. Each give's witness to the work of grace. In this brilliantly written, candid, sometimes shocking unveiling by Sally Read, we see vividly the fingerprints of the Holy Spirit on a heart once impenetrably hard and shut off, but then opened and reborn by the merciful joy of our Triune God.
— Marcus Grodi, EWTN Host, The Journey Home

"Warning: Don't start reading this book unless you intend to finish it. I started the first page, and was completely captured until the end. Not only is Sally Read's story gripping, but the words flow and permeate like the early morning sunbeams over a pleasant misty valley. An engrossing story of joyful discoveries for a modern world."
— Steven K Ray, Author, Crossing the Tiber

"Sally Read brings to her memoir a poet's sensitivity to language, imagery, and emotion. Her vivid, evocative scenes of life in Rome, London, and elsewhere help to show that conversion involves the whole of a person: intellect, emotions, relationships. This well-written account will be of interest to skeptics and believers alike."
—Holly Ordway, Ph.D., Author, Not God's Type

"Permeated with brutal honesty and deep love, this is a profoundly moving spiritual autobiography of a born and bred atheist who converted to the Catholic Faith; a faith which she states is 'the only solution to the human condition.' Certain to be thought provoking and edifying for skeptics and convinced Catholics alike."
— Roy Schoeman, Author, Salvation Is From the Jews

"It has been said that the greatest love story is that of a soul who falls in love with God. Sally Read's conversion story dramatically proves that theory. Her story will make you appreciate your own faith and love for Christ and his Church."
—Terry Barber, Author, How to Share Your Faith with Anyone