A Pilgrimage in the Footsteps of Saint Ignatius of Loyola 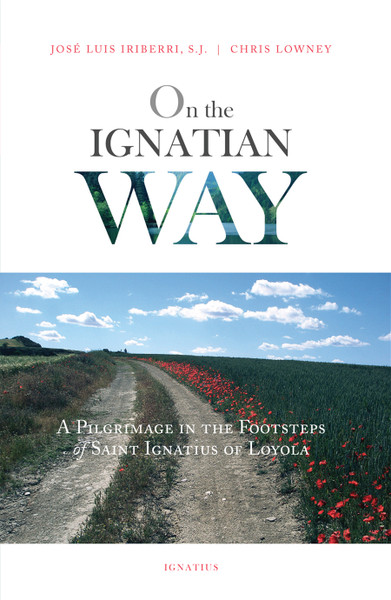 In 1521 Ignatius of Loyola decided to change his life, and he became a pilgrim, setting out for Jerusalem. Ignatius the pilgrim lived radically: traveling on foot, seeking reconciliation, and striving for interior transformation through a deep encounter with God. Through this book modern pilgrims can follow his example and the route he took to Manresa, Spain, near Barcelona.

The route began in the castle of the Loyola family, where young Ignatius, the wounded soldier, was recovering from injuries received in battle.  His body was broken, but his heart was ardent as he longed to recuperate and to rebuild his life. What should he do with himself? What is the true path to happiness? Should he pursue a career in the king's court or follow some other course? These were the questions Ignatius was asking himself. He was experiencing a sixteenth-century identity crisis, which was in many ways like the twenty-first-century version.

This book is a guide to Ignatius' experiences of conversion, healing, and freedom. It includes accounts by various people who have taken the Ignatian Way and offers guidance for planning and embarking on a similar pilgrimage, with some help from the Spiritual Exercises of Ignatius. Anyone can use this book to create his own way, even without leaving home, for as Ignatius says, the fundamental goal of the pilgrim is to come into contact with his inner source of light and happiness—God the Creator.

"To walk vicariously, book in hand, over a four-hundred-mile route that Ignatius and many others traversed, to see what is there, to recall, to read, to pray, to converse, and to be silent reminds us that our lives are often best described as pilgrimages."
—James Schall, S. J., Professor Emeritus, Georgetown University

"Pope Benedict XVI said the Christian faith is not a matter of following rules or merely giving assent to a set of ideas but rather entering into 'an event'. This book gives a wonderful pathway into this event by an ancestor in faith who referred to himself first and foremost as 'the Pilgrim'."
— Fr. Christopher Collins, S.J., Assistant to the President for Mission and Identity, Saint Louis University

The Way of the Cross for Couples