One, Holy, Catholic, and Apostolic (Digital)

The Early Church Was the Catholic Church 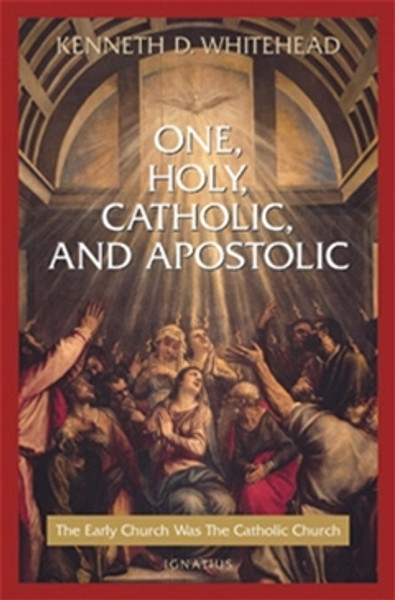 One, Holy, Catholic, and Apostolic (Digital)

Very often in the history of Christianity, "reformers", by whatever name, have aspired to return to "the early Church". The Church of their own day, for whatever reason, fails to live up to what they think Christianity should be: in their view there has been a falling away from the beautiful ideals of the early Church.

Kenneth Whitehead shows in this book how the early Church has, in fact, not disappeared, but rather has survived and persisted, and is with us still. "Reformers" are not so much the ones needed by this Church as are those who aspire to be saints-to follow Christ seriously and always to fulfill God's holy will by employing the means of sanctification which Christ continues to provide in the Church.

Whitehead shows how the visible body which today bears the name "the Catholic Church" is the same Church which Christ established to carry on and perpetuate in the world his Words and his Works-and his own divine Life-and to bring salvation and sanctification to all mankind. Despite superficial differences in certain appearances, the worldwide Catholic Church today remains the same Church that was originally founded by Jesus Christ on Peter and the other apostles back in the first century in the ancient Near East. The early Church, in other words, was always!-nothing else but-the Catholic Church.