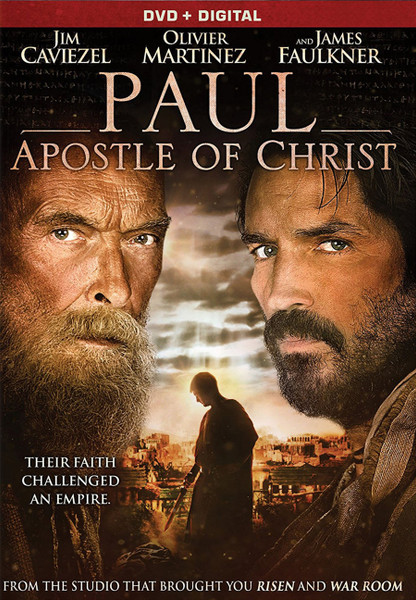 The story of St. Paul, who was transformed from the most infamous persecutor of Christians to one of Christ's most influential apostles. Paul is spending his last days in a dark and bleak prison cell awaiting execution by Emperor Nero. Luke, his friend and physician, risks his life when he ventures into Rome to visit him.

Paul is under the watchful eye of Mauritius, the prison's prefect, who seeks to understand how this broken old man can pose such a threat. But before Paul's death sentence can be enacted, Luke resolves to write another book, one that details the beginnings of "The Way" and the birth of what will come to be known as the Christian church. Their faith challenged an empire. And their words changed the world.

Three Featurettes: "Recreating First Century Rome," "The Path of The Apostle: Adapting Paul," and "An Extraordinary Friendship: Luke & Paul."  Viewers will be engulfed in the timeless beauty of Malta as the cast and crew walk through how they created first century Rome. Director Andrew Hyatt, Jim Caviezel and the cast and crew talk about their journey of faith and share how they used scripture to piece together Paul's story on screen. Jim Caviezel and James Faulkner also speak to the evolution of their characters and this unwavering friendship.

"Paul, Apostle of Christ offers both solace and a bracing, even revolutionary, challenge."
— Washington Post

The Illustrated Acts of the Apostles for Children