Personal Recollections about the Man Who Became Pope 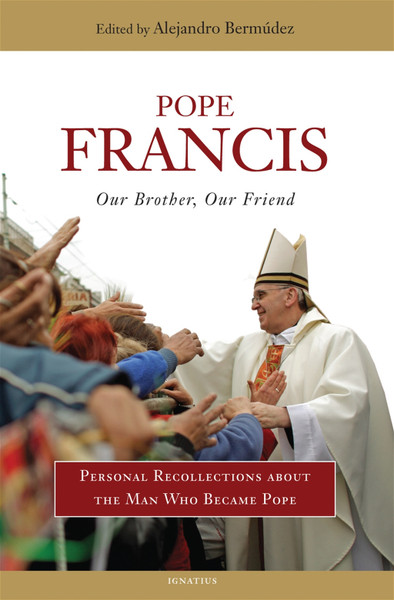 Before becoming Pope Francis, Fr. Jorge Bergoglio, as a Jesuit priest in Argentina, served the Jesuit order and the Church in a variety of functions: professor, spiritual director, master of novices, provincial, and eventually Cardinal Archbishop of Buenos Aires.

This fascinating new look at Pope Francis presents the personal insights of ten Jesuits, many who have known him since his first days as a Jesuit, and were interviewed for this book shortly after he was elected the Pope. Some were his professors, some his peers, and some younger Jesuits who were his students. Also interviewed for this book are non-Jesuits, including an Argentine senator, a prominent rabbi, a priest working in the slums of Buenos Aires that Bergoglio often visited.

Their remarks are focused on different aspects of the man, including his family background, his abilities, and his personality as administrator, as friend, as teacher, as a guide, etc. Some of the predominant aspects of his personality to emerge are his longstanding simplicity and authentic spirituality; his concern for the individual and the poor; his desire for the Church to go out to the street to meet the needs of the people. More controversial issues discussed include his dealing with the issue of "Liberation Theology" and his relationship with the military regime in Argentina.

These interviews essentially transmit a mosaic that reveals little-known insights of the pontiff's personality, of his interior world, his human abilities, his work habits, his devotions, his concerns, and his friendships. Thus, they open a fascinating door to a better understanding of the man whom the Holy Spirit has elected to lead the Church at this time.

Alejandro Bermúdez, born in Lima, Perú, is the Director of the largest Catholic news Agency in Spanish, ACI-Prensa, and the Executive Director of the Catholic News Agency. He is the host of the show "Cara a Cara" on EWTN in Spanish, and has been a guest commentator on religious issues for the New York Times. He translated Cardinal Jorge Bergoglio's book, On Heaven and Earth, into English.