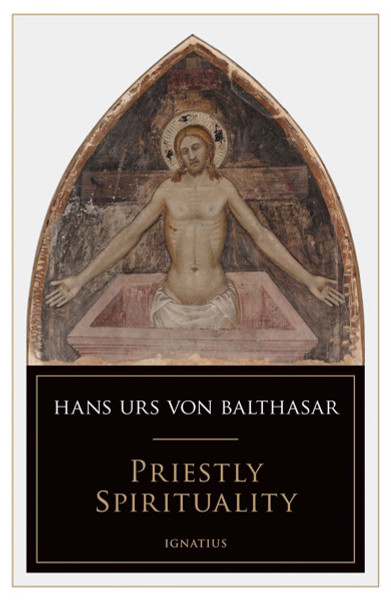 Priesthood and crisis are two words that appear to be very closely related. Or so it has seemed for the past thirty years and more. The crisis in the priestly ministry is constantly showing new sides, however-the issue of the priest's own self-understanding, for example, the interplay of the various different vocations within the Church, and the struggle, in the face of a plethora of different offices and ministries, to discern what constitutes the specific priestly dimension and identity.

Again and again, in his theological writings, Hans Urs von Balthasar has addressed the fundamental issues of of?ce and ministry, of priesthood and discipleship. He has uncovered the foundations from a biblical and theological historical perspective and has offered answers to the current problems of priestly existence. This book presents the confrontation with relevant trends, and at the same time the opposing current generated by von Balthasar, since he does not follow popular positions but instead gives us the very core of the Gospel and of revelation, like rye bread.

In order to illuminate the spirituality and meaning of the life of the priest of today, von Balthasar goes back to the origins, to the apostles, to their calling, and above all to that moment from which their apostolic mission and their entire Christian existence originates, the Paschal mystery of Jesus. On the eve of his death, Jesus establishes the Eucharist and the priesthood; immediately after his Resurrection he bestows on the disciples the power to forgive sins, entrusts his sheep to Peter, and sends them out into the whole world.

Thus von Balthasar considers the life and mission of today's priests in continuity not only with the first apostles, but above all, with Jesus himself. The person and mission of Jesus Christ stand at the center of priestly spirituality. Hence all the reaections in this work revolve unswervingly around Jesus Christ and his mission. Jesus is the source and norm of priestly existence. Only when God, made manifest in the figure of the Savior Jesus Christ, is understood as the center from which this priestly existence springs, and only when this enduring center is proclaimed, can the bold presumption of the Lord in entrusting his mission to weak men be understood in confident trust and attract new followers, even in lean times.

"If prayed with and discussed openly among seminary formators, this book carries the potential to reground all contemporary priestly formation in deep intimacy with the mysteries of Christ. Von Balthasar, in his usual radical way, starkly points the seminarian and priest toward Christ and His loving obedience to the Father, an intimacy that the priest must personally participate in if he is to shepherd people and lead them to life giving water."
- Rev. Richard J. Gabuzda, Executive Director, The Institute for Priestly Formation

"In this collection of essays and articles, von Balthasar treats with remarkable conciseness themes that are vital features of his spiritual theology of the priesthood. On page after page, he challenges superficial perspectives and draws us into the depths of the priest's inner configuration to Christ. Few priests and seminarians will read the book without sensing a compelling call to a radical imitation of the Lord, a fresh invitation to bring ministerial authority into harmony with personal obedience and integrity of life."
- Margaret M. Turek, S.T.D., Associate Professor of Systematic Theology, St. Patrick's Seminary and University

Christian Spirituality in the Catholic Tradition