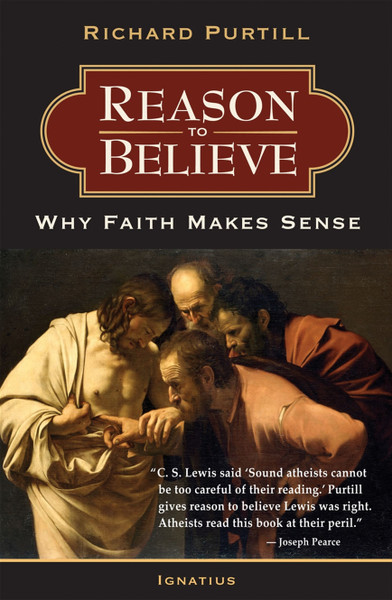 Is religious belief reasonable? Of course the so-called New Atheists, such as Richard Dawkins and Sam Harris, energetically say, "No!," Many others, including some believers, insist that faith is utterly beyond reasoned argument. Faith, they declare, is believing something that reason tells you can't be so. In this way they think they shield belief from rational criticism.

But philosopher Richard Purtill will have none of that approach to religion. In this newly updated classic work, Purtill carefully applies the power of the mind to understanding whether there is a rational basis for certain religious beliefs. His focus is on widely held Christian beliefs, although much of what he says applies also to other religious traditions. Purtill assesses the common objections to religious belief the claims that religious tenets are nonsensical, wishful thinking, the result of gullibility, immoral, or refuted by modern discoveries. Then he considers the arguments in favor of Christian belief by studying the nature of faith, of the universe, of morality, of happiness, and the world with God in it. He also scrutinizes certain beliefs involving claims of Christian revelation — the credentials of revelation, the idea of God, Jesus as God's Son, organized religion, and the last things (death, judgment, heaven and hell). The two appendices tackle the Christian doctrine of the Atonement and the influence of certain Christian writers on the revival of Christian belief in the 20th century. An updated For Further Reading section is included.

Reason to Believe is not a work of revealed theology or religious devotion; it is a highly readable book on the philosophy of religion, aimed at the reader who wants to think seriously about religion but who doesn't know all the philosophers' and theologians' jargon and who may or may not be a committed believer.

"Sound atheists cannot be too careful of their reading, remarked C.S. Lewis. Richard Purtill gives the reason to believe that Lewis was right. Atheists will read this book at their peril. With Lewis-like lucidity, Purtill demolishes the case for atheism systematically and makes the case for Christianity with the logic of the true philosopher. In the pages of this majestic book, Christians will find their faith illuminated with the flare of a truly great thinker and communicator of ideas; atheists will discover that their unbelief flies in the face of the rationally provable foundations of reality "
— Joseph Pearce, author, The Quest for Shakespeare

Reason to Believe is a clearly-written, philosophically rooted work that will help readers better understand and appreciate the rational nature of Christian faith, and will help them to respond to questions and challenges from skeptics. Highly recommended!"
— Carl Olson, author of The Da Vinci Hoax

"Richard Purtill writes with a lucidity reminiscent of Frank Sheed. The ability to show the support of faith by reason is crucial for evangelizing in today's skeptical world. As Sheed walked the common man through theology, so Purtill guides us through a philosophical reasoning of faith."
— Joe Tremblay, Veni.sanctespirit.us, "The Permanent Things in a Bookcase".