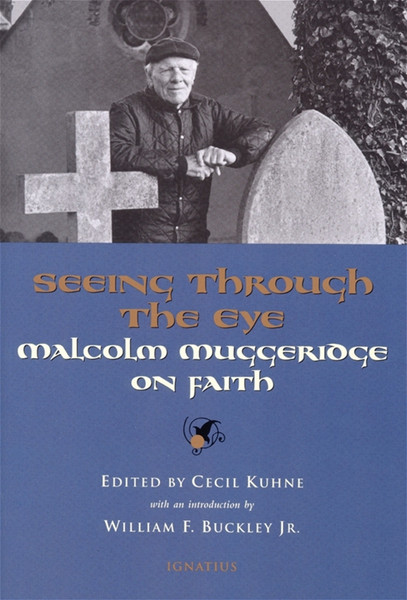 "Malcolm Muggeridge was one of Great Britain's mostwell-known journalists and television personalities, having interviewed practically every major public figure of his time. He shocked the world with his conversion to Christianity later in life. ""St. Mugg"", as he was affectionately known, was clear in his new-found faith: ""It is the truth that has died, not God,"" and ""Jesus was God or he was nothing."" These wonderful selections of Muggeridge's writings and speeches cover a wide variety of spiritualthemes, revealing his profound faith, great wit, and lively writing style. Topics include ""Jesus: The Man Who Lives"", ""Is There a God?"", ""The Prospect of Death"", ""Do We NeedReligion?"", ""Peace and Power"", and many more.

""The counter-countercultural declaration of Mr. Muggeridge'sconversion was especially eye-catching given the great legions traveling in the opposite direction. His largerpublic knew him through his work as a television host and critic. But all of literate England, and much of America, knew him as a learned and incisive journalist who had written Winter in Moscow, a searing exposé of Communism. His intellect and historical savoir-faire gave hiscriticisms a very long reach. In America he made regular appearances as book editor of Esquire magazine. NoEnglishman has a more mordant, more attractive wit.""

Through the Heart of St. Joseph