From Unraveling to Reform and Renewal 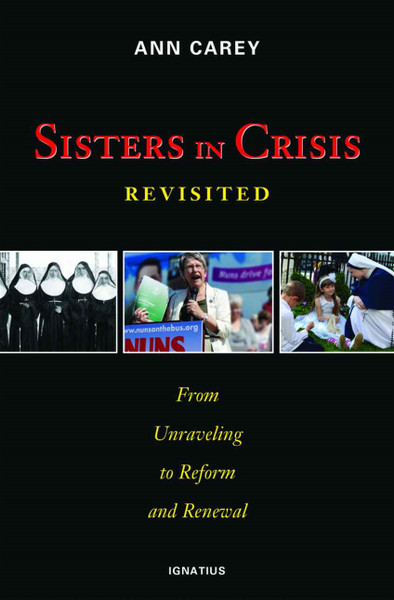 Fifty years ago, nearly 200,000 religious sisters worked in Catholic schools, hospitals and other institutions throughout the United States. American Catholics honored these women of faith who founded and built these flourishing works of mercy.

Then came the ideological shifts and moral upheavals of the 1960s, and ever since, most women's orders in the United States have been in a state of crisis. Now the sisters are aging, with fewer and fewer younger women to take their place. Perhaps related to this demographic shift is the continuing doctrinal confusion that has come under the scrutiny of the Vatican.

Using the archival records of the Leadership Conference of Women Religious and other prominent groups of sisters, journalist and author Ann Carey shows how feminist activists unraveled American women's religious communities from their leadership positions in national organizations and large congregations. She also explains the recent and necessary interventions by the Vatican.

After examining the many forces that have contributed to the crisis, Carey reports on a promising sign of renewal in American religious life: the growing number of young women attracted to older communities that have retained their identity and newly formed, yet traditional, congregations.

"Ann Carey has documented in detail the almost unbelievable deconstruction of communities of women religious in the United States - the sudden transformation of so many sisters from exemplary piety and strict observance of rules to ideologically driven political activists determined to "restructure" the Church. Can recent efforts at the highest levels of the Church restore what was lost? Can the "still small voice" of revitalized and vigorous faith in the newer, growing (and younger) religious communities replace what has been systematically destroyed? We earnestly hope that Carey's careful account of what happened and how will aid in finding the profoundly needed cure for this devastating disease."
-Helen Hull Hitchcock, Women for Faith & Family

"Carey shows how the LCWR's reconfiguring of its governance structures along with its changing theological agenda has consistently brought it into conflict with church officials. Thus, this book becomes a must-read for anyone seeking to understand the implications of its redirection and the impact this has had on vowed religious life in the United States."
-Dolores Liptak, RSM, PhD, Sisters of Mercy of the Americas, West Hartford, CT

Christianity and the Crisis of Cultures (Digital)

Two Sisters in the Spirit (Digital)

Two Sisters in the Spirit

Two Sisters in the Spirit (Digital)