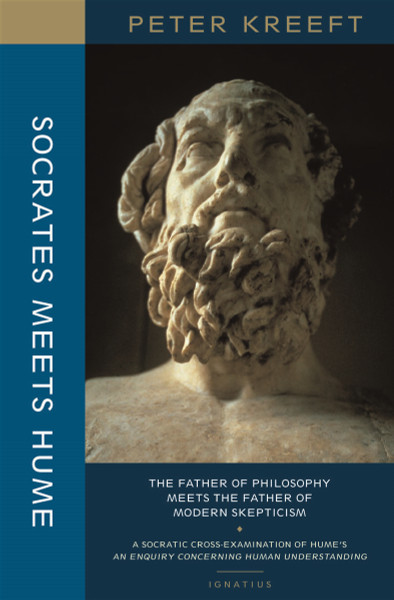 This book is the 6th book in a series of Socratic explorations of some of the Great Books. The books in this series are intended to be short, clear, and non-technical, thus fully understandable by beginners. Through such Socratic dialogues, Peter Kreeft introduces (or reviews) the basic questions in the fundamental divisions of philosophy: metaphysics, epistemology, anthropology, ethics, logic, and method.

In Socrates Meets Hume, Kreeft presents a Socratic examination of enquiry concerning human understanding in relation to the skepticism of Hume, posing questions that challenge the concepts that Hume proposed. Kreeft states that Hume is the "most formidable, serious, difficult-to-refute skeptic in the history of human thought."

Kreeft invites you to take part in the process of refuting Hume's skeptical arguments, with the aid of Socrates. Based on an imaginary dialogue between Socrates and Hume that takes place in the afterlife, this profound and witty book makes an entertaining and informative exploration of modern philosophy.

Love Is Stronger Than Death