The Father of Philosophy Cross-examines the Author of The Prince 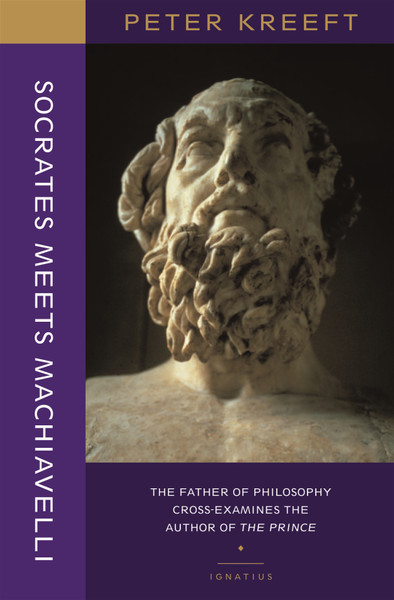 There is no better way to understand our present world than by exploring the Great Books written by the great minds that have made it.

There is no better way to study the beginning of modern political philosophy than by studying its foundations in Machiavelli's The Prince.

There is no better way to study the Great Books than with the aid of Socrates, the philosopher par excellence.

What if we could overhear a conversation in the afterlife between Socrates and Machiavelli, in which Machiavelli has to submit to an Oxford tutorial style examination of his book conducted by Socrates using his famous "Socratic method" of cross-examination? How might the conversation go?

This imaginative thought-experiment makes for both drama and a good lesson in logic, in moral and political philosophy, in "how to read a book", and in the history of early modern thought.

Thus this book is for readers looking for a thought-stretching "good read" and for use in college classes in logic, philosophy, ethics, political science, literature, communication, rhetoric, anthropology, and history.