The Outline of Sanity, The End of The Armistice, The Appetite of Tyranny, Utopia of Usurers, and more 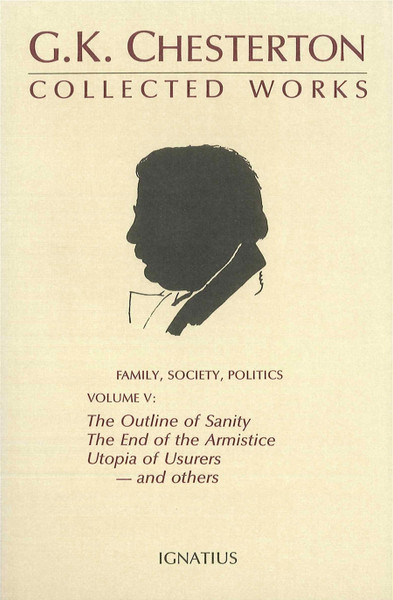 The second volume is devoted to Chesterton's political, sociological and economic writings. Throughout his life Chesterton struggled against scepticism and selfishness and defended the interests of the common man. Chesterton defended democratic principles, individual freedom, property holders and small businessmen in his work The Outline of Sanity because he was convinced that capitalism and socialism were oligarchies that would suffocate the individual. There was hardly ever a more fierce, more romantic, more combative defender of private property in the history of Christianity than G.K. Chesterton. He was an ardent foe not only of socialism, but also of that form of collectivised capitalism that would ape socialism by creating the "welfare state".

Also in this volume, Dr. John McCarthy examines and edits Chesterton's polemical volumes and pamphlets published during World War I, including a posthumous volume entitled The End of the Armistice. This collection demonstrates that early on Chesterton recognized the evil of Nazism. Chesterton prophesied that Hitler was bent on destroying the Jews and Poland.