A Christian's Companion for the Study of Islam 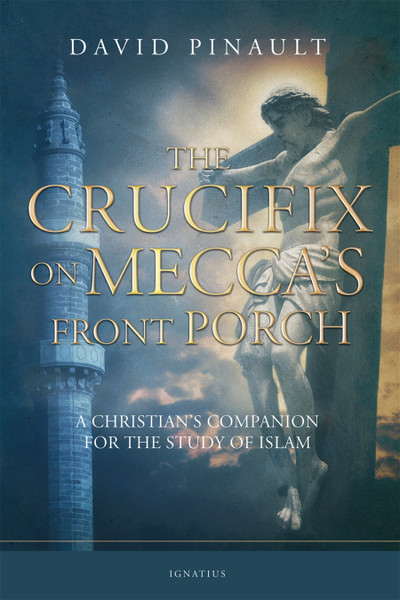 This book on Islam has an unusual perspective.  It argues that a critically minded examination of Islam can help Christians achieve a deeper appreciation of the unique truths of their own faith. It draws on the author’s personal experiences living in Islamic countries and his fieldwork with persecuted Christian-minority communities, especially in Pakistan, Yemen, Egypt, and Indonesia. It includes the author’s own original translations of Islamic texts in Arabic, Persian, and Urdu, as well as primary-source materials in Latin that were written by Christian participants in the Crusades.

The author focuses on Muslim interactions with the Christian tradition. He examines and takes issue with the misguided approach of those Christians and Muslims who, in the interests of Christian-Muslim rapprochement, minimize theological differences between the two faiths, especially in the area of Christology. Such attempts at rapport, he writes, do a profound disservice to both religions.

Illustrating the Muslim view of Christ with Islamic polemical texts from the eleventh to the twenty-first centuries, the author draws on Hans Urs von Balthasar, and other theologians of kenotic Christology, to show how Islamic condemnations of divine "weakness" and "neediness" can deepen our appreciation of what is most uniquely Christian in our vision of Jesus as God-made-man, who voluntarily experiences weakness, suffering, and death in solidarity with all human beings.

"In this fascinating work, David Pinault carefully leads his reader through the often confusing thicket of Christianity and Islam's shared histories. He is the perfect guide, clearly and carefully explaining concepts and events that may seem foreign to modern Christians, yet are crucial to understanding Islam. All of this is then seasoned with Pinault's own experiences in the Muslim world, making this book a true rarity."
—Thomas Madden, Ph.D., Director of the Center for Medieval and Renaissance Studies, Saint Louis University

"Seldom has a scholar of Islam and Middle Eastern languages spoken so clearly about the profound matters that divide Christianity and Islam. Without engaging in polemics, Pinault writes in a measured way but nevertheless never flinches from the real nature of the differences, especially concerning who Jesus is. This is an indispensable book for both the beginner and the expert, and everyone in between."
— Robert Reilly, Author, The Closing of the Muslim Mind

"The Crucifix on Mecca's Front Porch offers priceless insight for the Western mind. All who seek to solve the puzzle of Islam and its relentless growth would do well to read this book."
— Derya Little, Ph.D., Author, From Islam to Christ: One Woman's Path through the Riddles of God

"As David Pinault shows in this masterful and illuminating book, Christianity and Islam differ radically over the central figure they hold in common: Jesus Christ. Any hope for lasting peace and tolerance between Christians and Muslims, he argues, must deal with these real differences rather than wish them away."
— Jay Richards, Ph.D., Author, New York Times best-selling books Indivisible and Infiltrated

"This book highlights the mystery of the Incarnation in a surprising and new way: by approaching key tenets of Christianity as seen from the perspective of Islam and showing the social and political ramifications of the differences between the two faiths."
— Sheila Liaugminas, Relevant Radio Show Host; Author, Non-Negotiable: Essential Principles of  Just Society and Humane Culture

"David Pinault is fair-minded and charitable, and he draws from a wealth of scholarly expertise and personal experience. He intends to help Catholic readers appreciate the distinctiveness of their faith, especially in contrast with Islam, and he succeeds to a remarkable degree, communicating profound theological ideas with clarity and simplicity."
— Mike Aquilina, Author, Seven Revolutions: How Christianity Changed the World and Can Change It Again