The Cure of Ars

The Priest Who Out-Talked the Devil 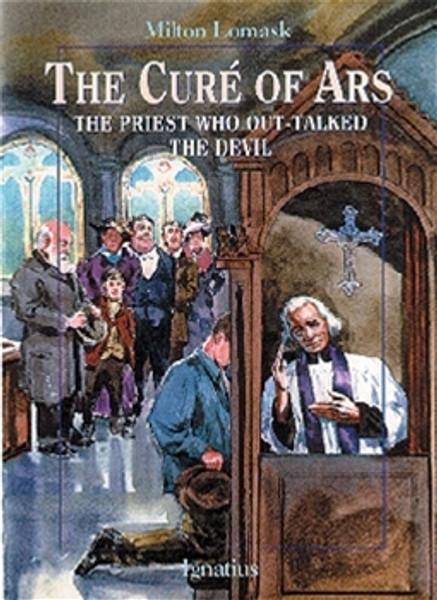 The Cure of Ars

Milton Lomask contributes his second volume to the Vision Books series of saints for youth 9 - 15 years old in this story of the greatly beloved Cur� of Ars. Jean-Marie Vianney, a farm boy born during the French Revolution, longed to become a priest. But he could not learn Latin, and it seemed as if the humble, lovable, slow-thinking Jean-Marie would never be ordained. He did at last become a priest, and such a holy one that St. Jean-Marie Vianney is invoked as the patron saint and model of parish priests everywhere. To many he is known, not by name, but simply as "the Cur� of Ars," the parish priest who devoted his life to the little village of Ars and so successfully led his people to sanctity that he became a prime target of the devil.

"A series which should be found wherever there are young Catholic readers."
-Ave Maria

"The Vision Books are splendid in design and format."
-Catholic Standard and Times

"The entire series of Vision Books is recommended for solid training of youth."
-The Tablet

The Grace of Ars