Ronald Reagan, John Paul II and the Dramatic End of the Cold War 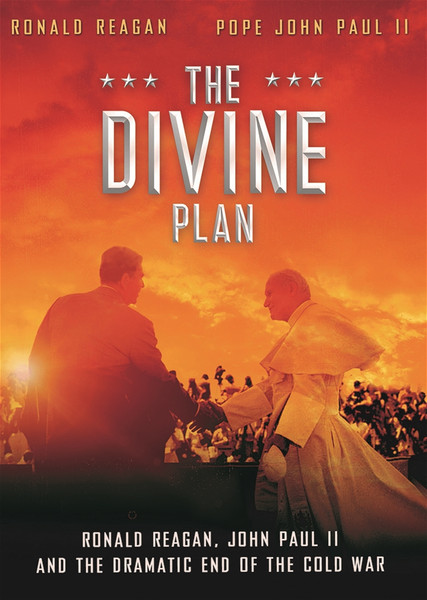 How does a plot that involves the assassination attempts of a President Reagan and Pope John Paul II, KGB scheming, and CIA intrigue become the final act to topple the Soviet Empire?

The Divine Plan dives deep into the pivotal bond between Pope John Paul II and President Ronald Reagan. Just six weeks apart in the spring of 1981, the pope and the president took bullets from would-be assassins. Surviving strikingly similar near-death experiences, they confided to each other a shared conviction: that God had spared their lives for the purpose of defeating communism.

This film takes viewers behind the scenes of an unlikely partnership that changed the world, asking daring questions… Was a pontiff and politician’s work of overthrowing communism the result of inexorable political and economic forces, or could it have been part of what Reagan called, “The Divine Plan”? Told in part as a graphic thriller this highly-stylized motion picture film pushes beyond the bounds of conventional documentary-making into a world where one’s faith in God might determine the real facts.

Making of the Film with Dr. Paul Kengor and Robert Orlando – 28 minutes