The Face of God

The Rediscovery of the True Face of Jesus 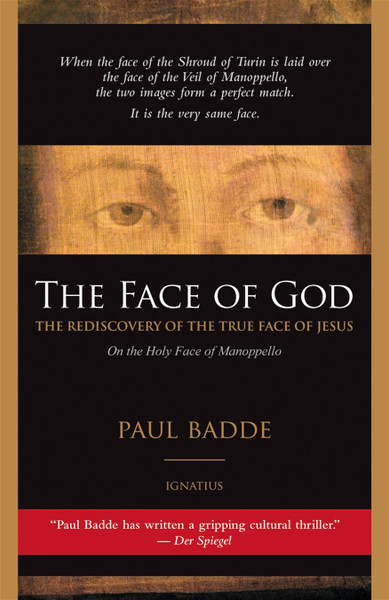 The Face of God

Best-selling journalist, historian and author Paul Badde embarks on an exciting quest to discover the truth behind the Holy Face of Manoppello, a relic recently rediscovered and rumored to be the "veil of Veronica".

Vatican correspondent for German newspaper Die Welt, journalist Paul Badde was intrigued when he heard of a mysterious image in a remote Italian village, an image of a man's face on byssus cloth. Byssus, or sea silk, is a rare and delicate fabric woven from a silky filament produced by mollusks. It is claimed that the fabric is so thin and delicate that it is impossible to paint on, yet the image in Manoppello is clearly visible and, moreover, when laid over the image of the face on the Shroud of Turin forms a perfect match.

Paul Badde takes the reader along on a thrilling journey of discovery as he travels to research this remarkable relic, tracing the turbulent history of the Holy Face from ancient times up to the historic 2006 visit to Manoppello by Pope Benedict XVI. Illustrated with 16 pages of color photos.

"The results are almost beyond our imagination."
— Bild

"Paul Badde has applied his keen journalistic eye and energetic writing style to one of the most fascinating phenomena of our times, the rediscovery of a marvel and a grace for an unbelieving age. The story of the Face of Christ in the mysterious image of Manoppello is an enthralling work, the fruit of painstaking research and scholarship. It reads like a detective story, an archaeologist's journal, and an adventure tale that is - most thrilling of all - no mere fiction. The Face of Manoppello may well prove to be of equal importance with the Shroud of Turin."
— Michael O'Brien, Author, ;Father Elijah

The Face of God is an exciting, incredible detective story spanning twenty centuries. The suspect is nothing less than the greatest art treasure in the universe, but not made by human hands: the literal face of Jesus Christ. The Manoppello cloth is a standing miracle, equal to the Shroud of Turin and the tilma of Guadalupe, and equally open to scientific investigation and unrefuted by it. If I were an atheist, I would not be able to sleep until I had exposed everything in this book as a scam."
— Peter Kreeft, Ph.D., Professor of Philosophy, Boston College

The Will of God

With God and With Men

With God and With Men (Digital)