A Study of St. Therese of Lisieux 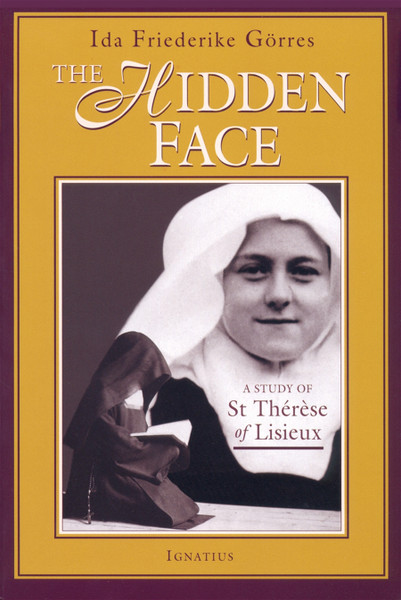 This study of the life and character of Therese of Lisieux is a remarkable, penetrating, and fascinating search for the truth behind one of the most astounding religious figures of modern times. A young nun who entered a convent at fifteen and died at twenty-four, ThTrFse roused an incredible storm of spontaneous veneration only a few months after her death, and has been called by one Pope as the greatest saint of the modern times. Countless images of the sweetly smiling saint flooded the world. But who was she, really? The Hidden Face has sprung from this question. It presents the true Therese, as objectively as possible, and gives a convincing interpretation of her sainthood. It is a book not for Catholics alone, but for anyone fascinated by the force of spirituality, by the incalculable effects of what Pascal called the "greatness of the human soul." It opens the cloistered world of the Carmel, takes off the sugar coating, and reveals the stark drama behind convent walls, the tension between personalities, the daily details of conventual life. And it throws light on the tremendous purifying process that turned the pampered darling into a saint of heroic virtue.

The work of a mind of rare intelligence and integrity, this book is unique among the lives of saints. First published in Germany in 1944, the original is now in its eighth edition. This first English translation is based on a new, revised version using the latest edition of the saint's writings.

Ida Friederike Goerres is the author of several outstanding works on sanctity including The Nature of Sanctity and The Cloister and the World. The Hidden Face is considered her most important work.