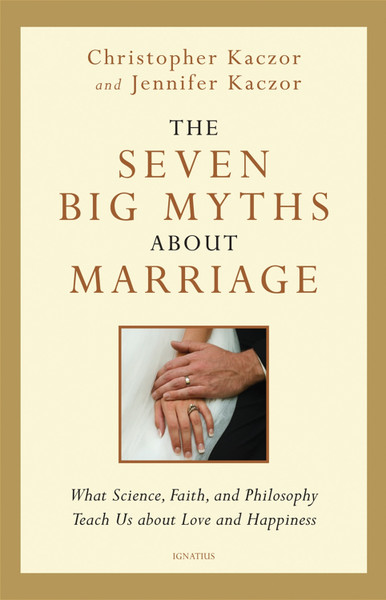 This work explores some of the most interesting and vexing problems in contemporary life. Appealing to reason rather than religious authority, the book tackles the most controversial and talked about positions of the Catholic Church - on contraception, on marriage, on reproductive technologies, on cohabitation, and on divorce - arguing for the reasonableness of the Church's views on these issues.

The book's interdisciplinary approach, following the precedent of Thomas Aquinas, looks to human happiness and fulfillment, properly understood, in seeking the answers to questions about how to live. It aims to show to skeptical readers that what the Catholic Church teaches about controversial issues is rationally justified by considering evidence from psychology, sociology, and philosophy.

The foundation of Kaczor's approach is happiness. We all want to be happy. Every day, in whatever we do, we seek this goal. But what exactly is happiness? And how can we find it? The saints and psychologists agree: there can be no real happiness without authentic love-erotic love, friendship love, and self-giving love (agape).

From this foundation of happiness Kaczor explores the nature of marriage, and the love they promise to each other, which is agape, a self­giving love that is the choice to do good for the other. He also examines alternatives to covenant marriage, such as polygamy and same­sex marriage, as well as cohabitation.

Finally the book explores the value of children. To make sense of Catholic teaching on contraception, he says that we must first reconsider the value of fertility and having children. Only in this perspective, can one begin to understand what the Church teaches.

"If I were a pastor, I would make this book required reading for engaged couples in all my marriage classes."
- Peter Kreeft, Ph.D., Author, Jacob's Ladder: Ten Steps to Truth

"The media portrayals of the public debates over marriage and its meaning often generate more heat than light. In this carefully crafted and accessible book, Professor Kaczor provides just the sort of illumination that is absent from those portrayals. I cannot think of a better book that offers such a clear and winsome account of marriage and its meaning, and what that tells us about human dignity and happiness."
- Francis J. Beckwith, Professor of Philosophy ,Baylor University

"Movies, television, and other forces have teamed up to deceive Americans about marriage--the institution that is very basis of society. They've done a spectacular job! They've sold myth after myth to the American people, and it's no wonder that marriage is in crisis today. That's why Chris Kaczor's new book, The Seven Big Myths about Marriage, is so timely. Only by learning to see through the lies can we build happy and healthy marriages."
- Jimmy Akin, Author, The Fathers Know Best

The Seven Big Myths about the Catholic Church

The Indissolubility of Marriage (Digital)

The Seven Big Myths about the Catholic Church (Digital)

The Seven Big Myths about the Catholic Church (Digital)