The Theology of Karl Barth (Digital) 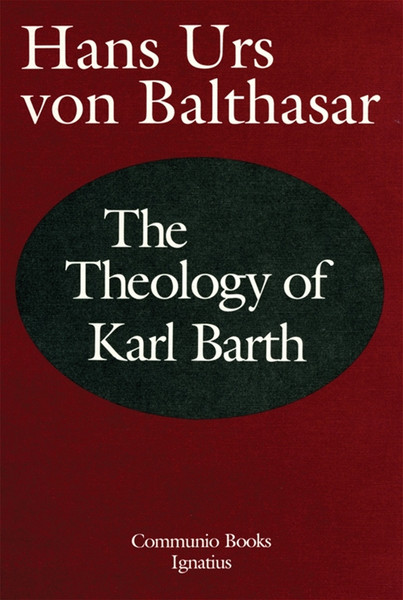 The Theology of Karl Barth (Digital)

Written in 1951 (with a second edition in 1961), this book takes its place within an impressive array of attempts to wrestle with Karl Barth's theology from a Catholic point of view. The book adopts the twofold strategy of presenting an exposition of "the whole of Barth's thought," while doing so for the purpose of a confessional dialogue among theologians. Not to be construed as an "Introduction to the Theology of Karl Barth," Balthasar's effort is to provide a Catholic response which, though not "official", nonetheless seeks to express a common direction and movement within Catholicism.

The Theology of Karl Barth shows how a rethinking of basic issues in fundamental theology-concerning the relation of nature and grace, philosophy and theology, the "analogy of being" and the "analogy of faith"-might lead to a rapprochement between the two great rivers of Christianity, without compromising the center of gravity of either. In the process the book makes a major contribution to renewed understanding of Christianity in a secularized modern world. Co-published with Communio Books.

"This reflection by one of the century's great Catholic theologians on the theology of one of the century's great Protestant theologians is an example of ecumenical dialogue at its best. One finds here a sympathetic and at the same time faithfully Catholic discussion of the major issues surrounding Barth's christocentricity. The appearance of an unabridged English translation of this book could hardly be more timely for the current religious situation in North America."
- David L. Schindler, Gagnon Professor of Fundamental Theology, John Paul II Institute

"No one should think he can quickly dispose of questions posed here offhandedly. It was precisely because writers were in the habit during the time of the Reformation of theologizing with a hammer that the split in the Church became irreparable. And to work at overcoming this split means much effort. Only the patient need apply."
- Hans Urs von Balthasar

The Theology of Karl Barth

The Theology of Karl Barth