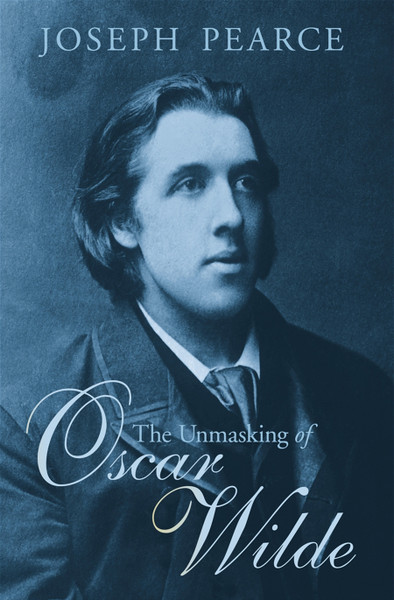 Vilified by fellow Victorians for his sexuality and his dandyism, Oscar Wilde, the great poet, satirist and playwright, is hailed today, in some circles, as a progressive sexual liberator. But this image is not how Wilde saw himself.

Joseph Pearce's biography strips away pretensions to show the real man, his aspirations and desires. It uncovers how he was broken by his prison sentence; it probes the deeper thinking behind masterpieces such as The Picture of Dorian Gray and De Profundis; and it traces his fascination with Catholicism through to his eleventh-hour conversion.

Pearce removes the masks and reveals the Wilde beneath the surface. He has written a profound, wide-ranging study with many original insights on a great literary figure.

The Unmasking of Oscar Wilde is a brilliant interpretive biography of a wit, bon vivant, and literary genius who still delights us a century after his death. In Joseph Pearce's sympathetic appraisal we never forget that Wilde was not just an entertainer but a soul that found himself only after ignominy, loss, and desolation. I have read many of the other books on Wilde, and this is my favorite."
-Ron Hansen, NYT Bestselling Author of Mariette in Ecstasy

p>"Joseph Pearce has done it again! Chesterton, Belloc, Tolkien, C.S. Lewis, and now Oscar Wilde have all been coaxed out of their graves for us by this grave-robber named Pearce. Oscar proves to be a very lively ghost."
-Peter Kreeft, Author, Love is Stronger Than Death p>"Pearce reveals a great deal more than a mere account of the facts. Here is the journey of a soul, one who frequently teetered on the brink of damnation, and at times courted it. Beautifully written, and in its own right a work of wit and wisdom."
-Michael O'Brien, Author, Father Elijah

"Oscar Wilde looms larger now than ever before, not merely for his wit and rackety life, but, increasingly, for his work. Joseph Pearce has taken on Wilde's most eminent biographers and critics, and has, with his bravura prose, turned our attention away from the prurient, and on to Wilde's achievement. This is a major work."
-Thomas Howard, Author, On Being Catholic

p>"Oscar Wilde has been used by the pagans and abused by the puritans, but both have dealt dishonestly with him. Joseph Pearce not only reveals Wilde as we have never seen him, but reveals himself as a master of biography."
-Dale Ahlquist, Author, G.K. Chesterton: The Apostle of Common Sense

The Unmasking of Oscar Wilde

The Unmasking of Oscar Wilde