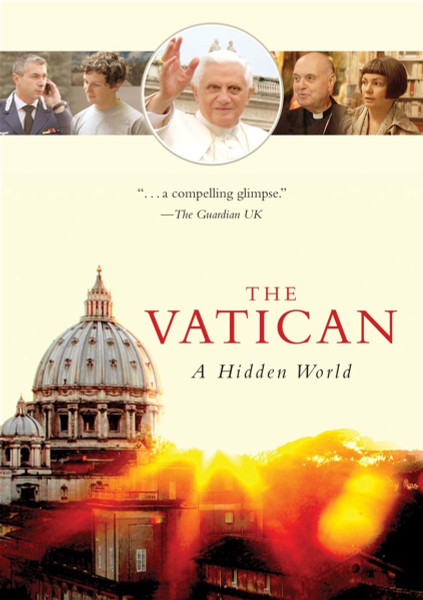 The Vatican - center of the Catholic Church and the seat of power of an institution whose influence has remained great to the present day. Dynasties, states and countries have come into being and disappeared during the history of the Vatican.

Pope Benedict XVI is the spiritual leader of over a billion Catholics and the sovereign of the smallest state in the world. Many dedicated people work here under his leadership. However, what do we know of these people who keep the Vatican's wheels oiled, are subordinated to its rhythms, guarding its secrets, while giving their lives in sacrifice?

Eight people are at the centre of this documentary, enlightening us about this mysterious place through their personal stories. The protagonists enjoy a singular access in the Vatican or even to the Pope himself. To the broader public, their personal experiences convey a unique access to this extraordinary place.

The featured people and departments of the Vatican include the Pope's bodyguard, his chief photographer, the voice of Vatican Radio, the Archpriest of the Vatican, an altar boy in the Vatican, the head of the restoration dept. of the Vatican museum, the Prefect of the Papal Secret Archives, and the Jesuit brother in charge of the Vatican Observatory.

Over the period of a whole year, the film-team enjoyed extraordinary access to the Vatican. Thus, fascinating personal vignettes have emerged alongside unique images that portray the Vatican in a completely new light. The documentary provides an intensive and novel insight into the universe of the Vatican, whose everyday life is subject to coordination by everyday people. They are all pieces of an eternal clockwork, while also being pillars of a global power.

This film is Not Rated.