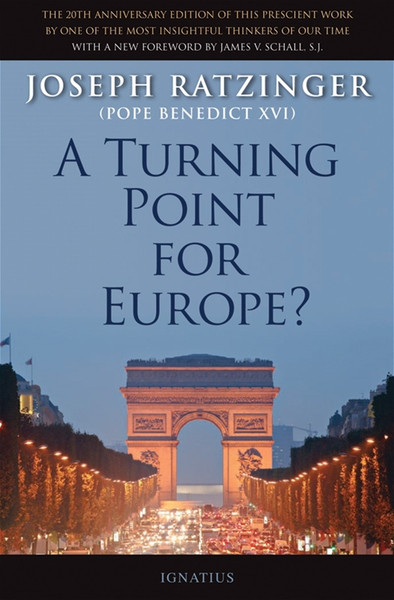 Cardinal Ratzinger addresses the challenges and responsibilities that both the Church and society in Europe face after the collapse of Marxism. Both liberalism and Marxism have denied religion the right to have any influence on public affairs and the common future of humanity. Since there is also a great spiritual emptiness growing in the West with the increased secularization, consumerism and hedonism, Ratzingerಙs comments apply as much, if not more, to the United States as well.

With the downfall of Marxism, religion has been discovered anew as an ineradicable force for both the individual and society. While there is renewed interest in religion, the dangers also exist to lay hold of religion as an instrument to serve various political ideas. Ratzinger, whose theological work has often dealt with the ಜreasons for our faith,ಝ reflects upon the various problems facing humanity at this turning point of our history and offers genuine hope based upon a deep Christian faith. He also addressed the critical role that the Church has in relationship to the world and the essential task of bringing Christ back into our culture.

ಜIn the present situation it is an absolute obligation for the theologian and for the pastor of the Church to enter the disputation about the correct understanding of the present time, and to both clarify faithಙs own proper sphere and to do justice to the share of responsibility that lies on him at this hour.ಝ
 Joseph Cardinal Ratzinger