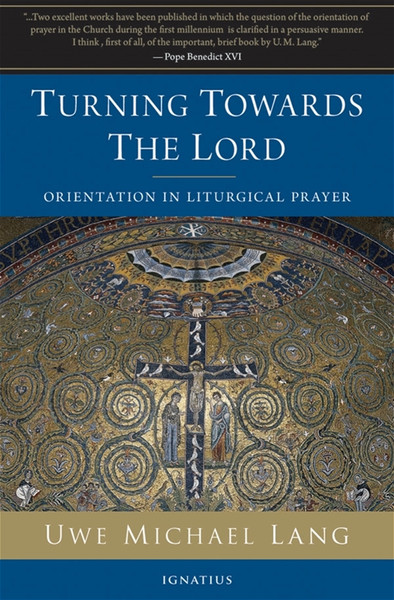 Turning towards the Lord presents an historical and theological argument for the traditional, common direction of liturgical prayer, known as "facing east", and is meant as a contribution to the contemporary debate about the Catholic liturgy. Lang, a member of the London Oratory, studies the direction of liturgical prayer from an historical, theological, and pastoral point of view. At a propitious moment, this book resumes a debate that, despite appearances to the contrary, has never really gone away, not even after the Second Vatican Council. Historical research has made the controversy less partisan, and among the faithful there is an increasing sense of the problems inherent in an arrangement that hardly shows the liturgy to be open to the things that are above and to the world to come.

In this situation, Lang's delightfully objective and wholly unpolemical book is a valuable guide. Without claiming to offer major new insights, Lang carefully presents the results of recent research and provides the material necessary for making an informed judgment. It is from such historical evidence that the author elicits the theological answers that he proposes.

" ...Two excellent works have been published in which the question of the orientation of prayer in the Church during the first millennium is clarified in a persuasive manner. I think, first of all, of the important, brief book by U. M. Lang."
- Pope Benedict XVI Preface to Theology of the Liturgy, the first published volume of his Opera Omnia, June 2008.