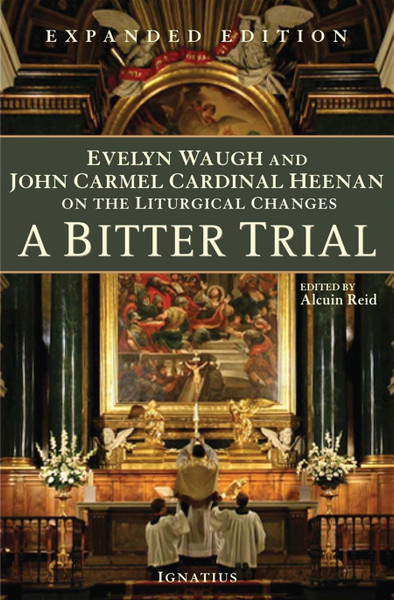 English author Evelyn Waugh, most famous for his novel Brideshead Revisited, became a Roman Catholic in 1930.  For the last decade of his life, however, Waugh experienced the changes being made to the Church's liturgy to be nothing short of "a bitter trial". In John Cardinal Heenan, Waugh found a sympathetic pastor and somewhat of a kindred spirit.

This volume brings together the personal correspondence between Waugh and Heenan during the 1960s, a trying period for many faithful Catholics. It begins with a 1962 article Waugh wrote for the Spectator followed by a response from then Archbishop Heenan, who at the time was a participant at the Second Vatican Council. These and the other writings included in this book paint a vivid picture of two prominent and loyal English Catholics who lamented the loss of Latin and the rupture of tradition that resulted from Vatican II.

In the light of the pontificate of Pope Benedict XVI, many Catholics are looking again at the post-conciliar liturgical changes. To this "reform of the reform" of the liturgy now underway in the Roman Catholic Church, both Heenan and Waugh have much to contribute.